I Don’t Think It’s Good to Work Too Hard 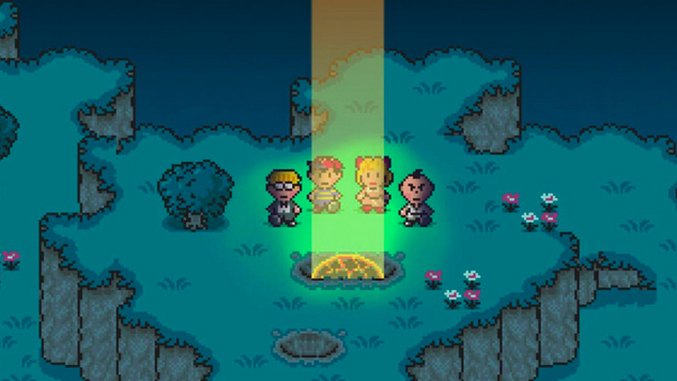 I’ve gotten into the habit of writing about a video game when I start playing it, then again when I finish, assuming I ever do. I do tend to post occasional updates to Twitter, however, thanks to the screen capture function on the Switch. Such is the case with EarthBound, and in my first post about it, I had just started playing as Jeff. Now, I’ve beaten Giygas, the unfathomable evil being who was described by an ally as an “all-mighty idiot.” 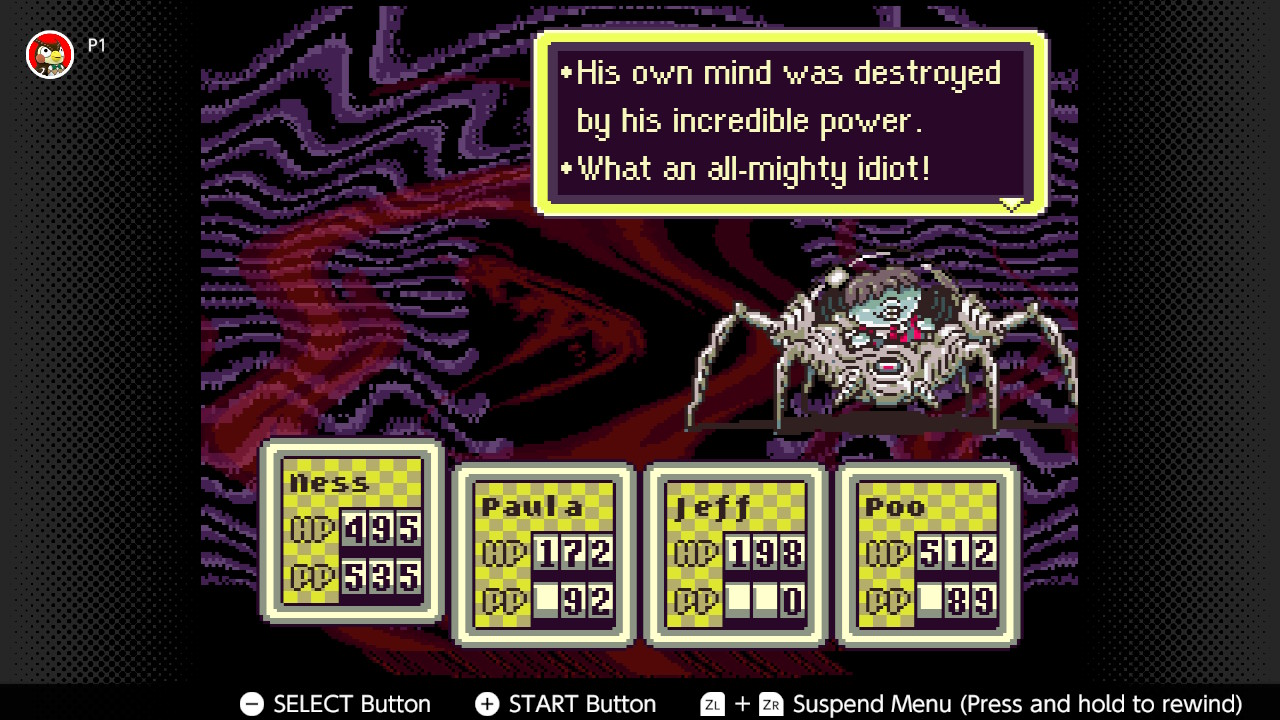 See?
I mentioned before that the final party member was the unfortunately named Poo, the Prince of Dalaam, the game world’s version of India. 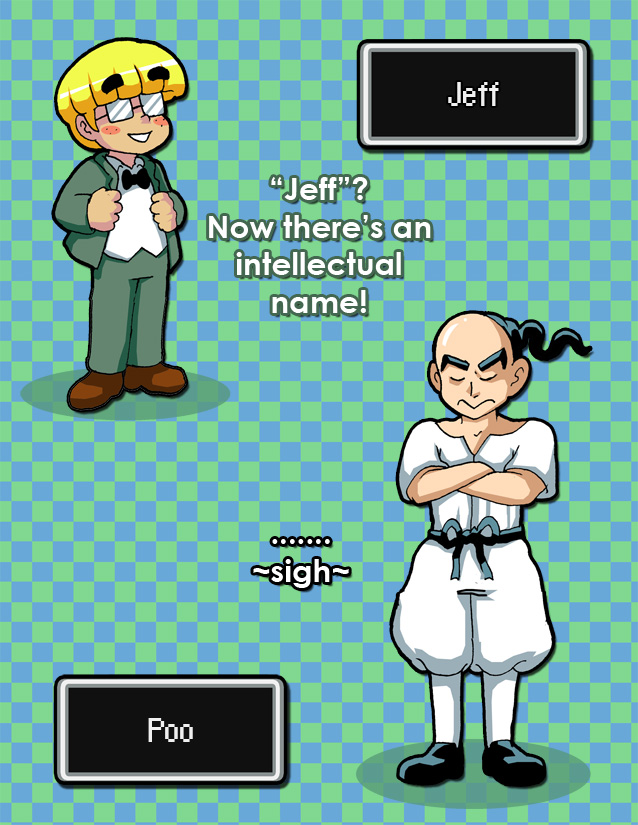 Maybe I leveled up more than the game intended, but I found that, whenever I recruited a new ally, they were way behind in their statistics, and hence tended to die a lot. When Poo joins, he can’t even equip anything you’ve already found. You do find some equipment for him later on, but I never got the Sword of Kings, the only weapon he can equip, which is only available in one dungeon. Fortunately, he’s pretty strong even just using his hands, and tended to do more damage and lose fewer hit points than Paula and Jeff after I’d leveled him up a bit. I’ve found that, in RPGs, while weapons come with a lot of different statistics, you’re usually pretty safe just going by offensive power. This is less so in EarthBound, as weapons like yo-yos and slingshots have high attack but low accuracy. And when you equip them, it doesn’t actually show this lack of accuracy, so unless you routinely check stats, you have to see in battle that they miss a lot. Most baseball bats are accurate, but not the Casey Bat, I guess because Casey struck out. This didn’t matter quite so much when there were three party members, but that’s what I had equipped during the section inside Ness’s mind, when he’s the only controllable one. You could perhaps say there is no joy in Magicant. It’s fortunate you can find a more accurate bat there. I also found a few parts of the game difficult to figure out without a walkthrough. Getting into Master Belch’s fortress requires standing in a waterfall for three minutes, and you can’t beat him at all unless you use the Fly Honey. 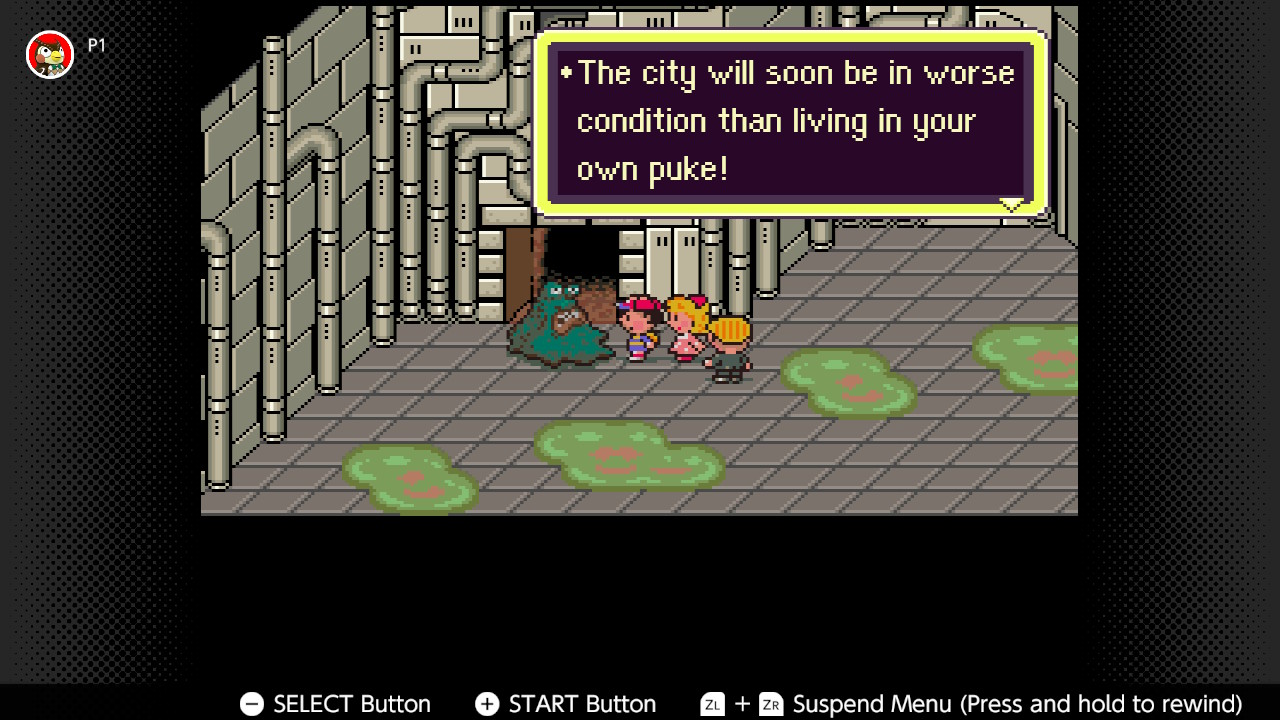 I believe it’s also necessary to use a particular command multiple times against Gigyas, and it’s one that I didn’t use much otherwise, as its results tended not to be too helpful. I also found out late in the game that I had forgotten to visit the second sanctuary location. There are also some aspects that are creative but needlessly complicated, like how many different healing items there are when the majority of them only restore a negligible amount of health. I ended up making it through all right, although I didn’t explore the world all that much after beating the boss.

Not only does the game let you explore places loosely based on the real world, but also some pretty strange ones, including a mine inhabited by four giant moles who all claim to be the third strongest, a town of friendly aliens who speak in a weird font, a pyramid, a country of monkeys in a cave, and an underground world where dinosaurs live. 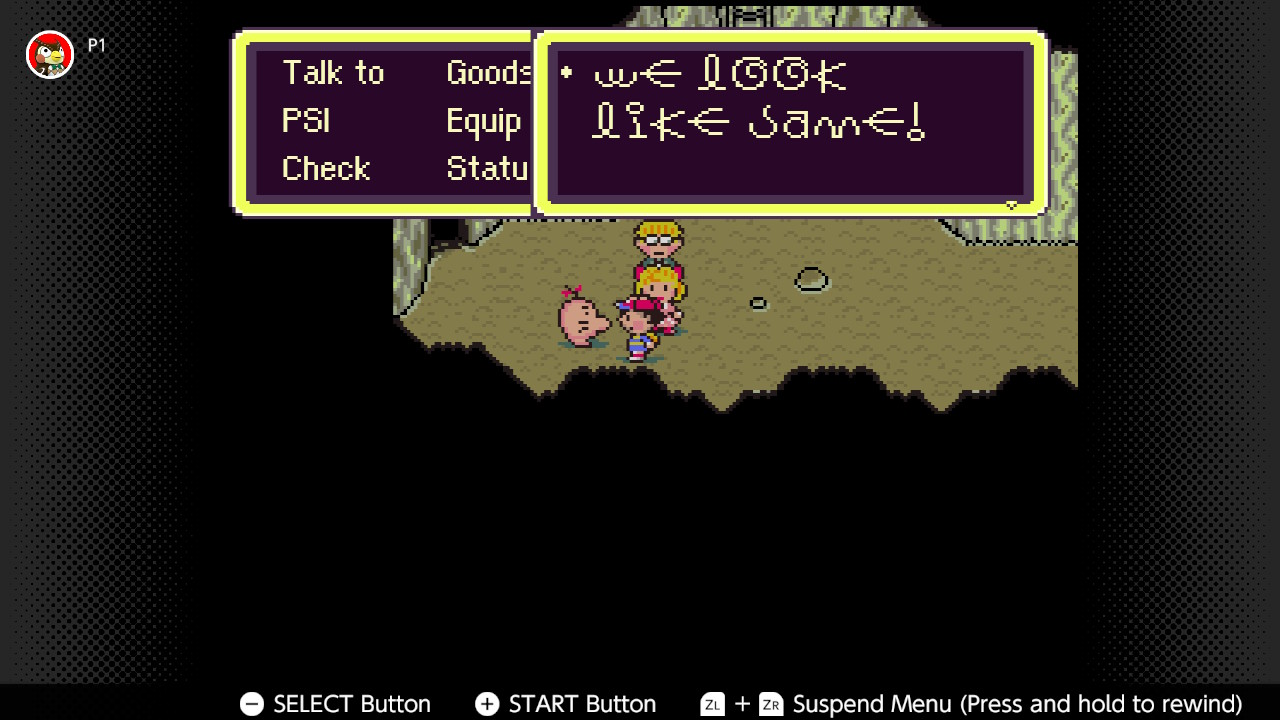 For the last battle, they go back in time and have their spirits transferred into robots, which fortunately have all the same skills and stats. It’s also interesting that this game, like Chrono Cross, has a Gaea’s Navel and a Sea of Eden. 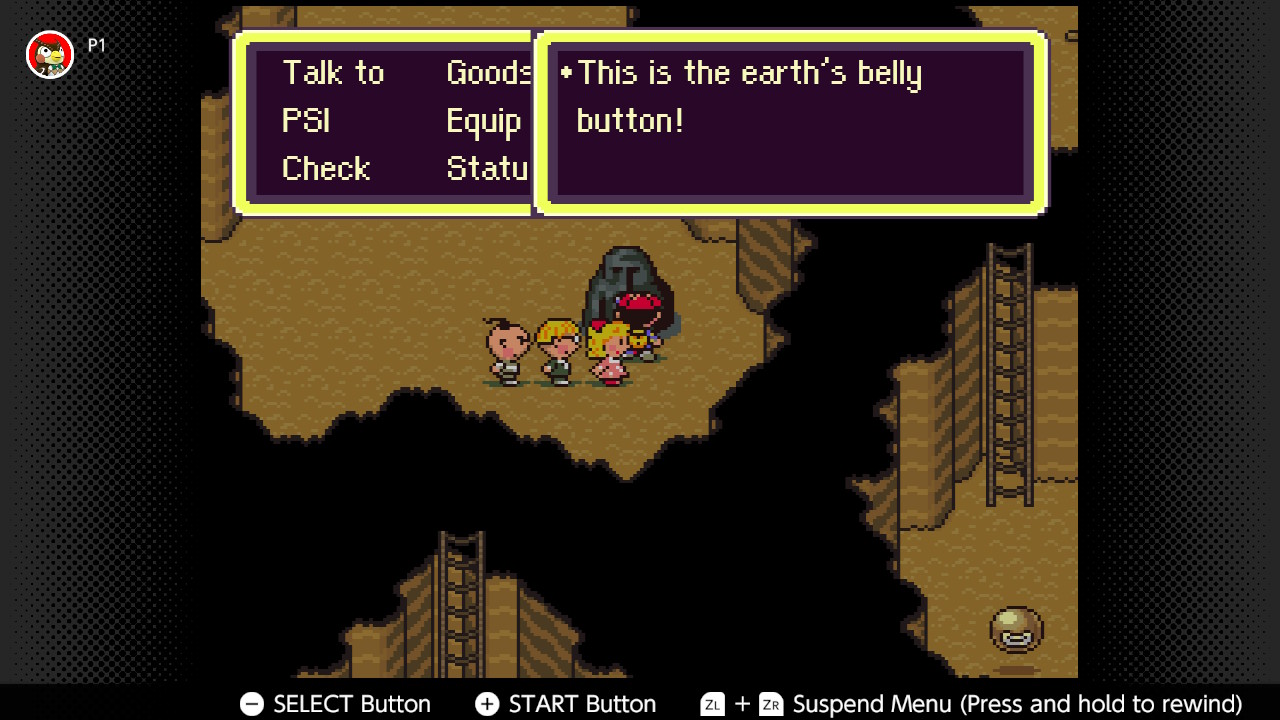 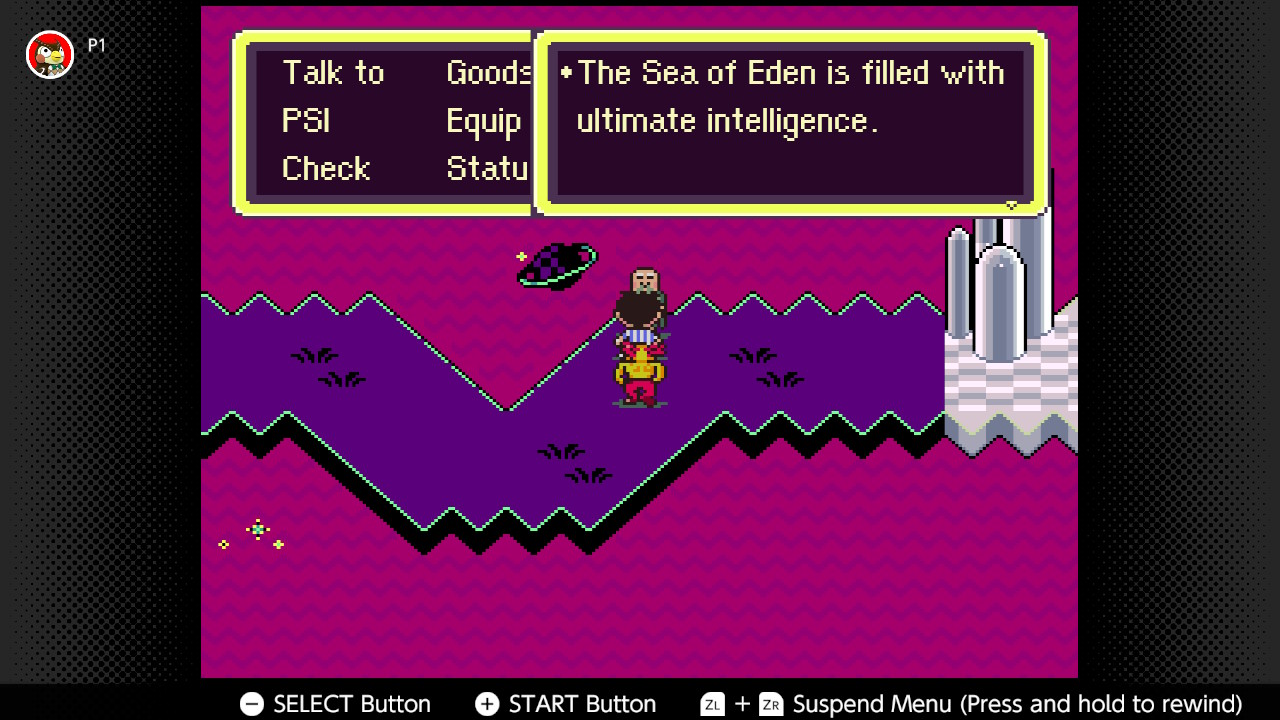 There are a few different battle themes, including an unusually jaunty one and a bleepy tune for robot enemies.
A constant presence throughout the game is Pokey Minch, a kid who lives next door to Ness and seems to want to be his friend, but finds terrible ways to express it. 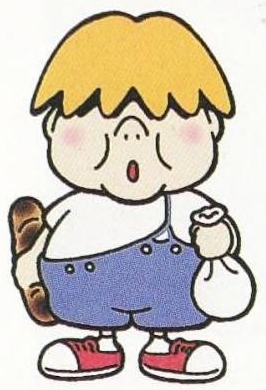 Children are like that sometimes, but I don’t think most of them go from a bit of a cowardly bully to a henchman of multiple villains, ending with Giygas itself. While he brings his father Aloysius with him to Fourside when he gets a job working for Geldegarde Monotoli, he escapes in a helicopter without him when things go awry. Pokey’s mother Lardna goes out shopping with no knowledge of where her husband and son went, leaving her other son Picky home alone. At the end of the game, Aloysius is still in Fourside hanging out at a bar, while Lardna appears to be having an affair with a guy called Mr. Prettyman. 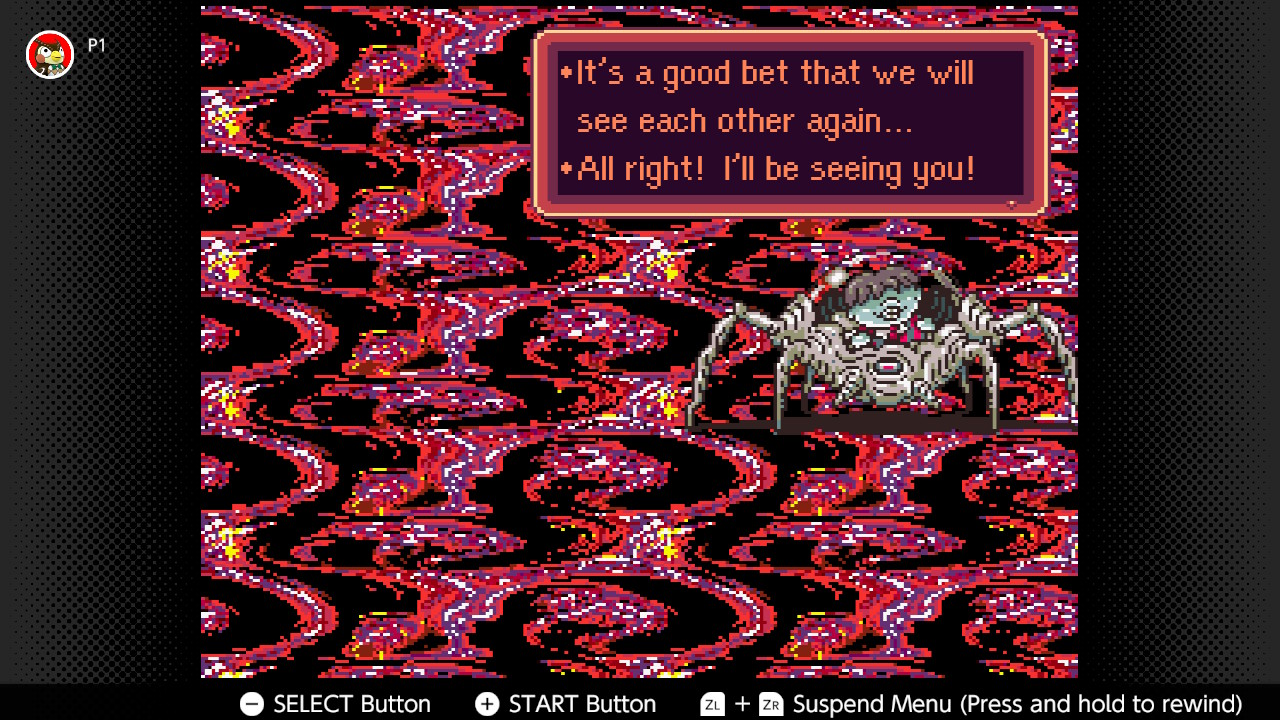 Pokey escapes through time and sends a letter to Ness saying they’ll meet again, and I understand he does reappear in Mother 3, but I don’t think Ness does. It seems that Pokey’s name was meant to be Porky, but the translators didn’t realize this. I’d say they changed it to avoid the association with his weight (and really, the fat kid being a bully is a bit overused), but if that were the case, they probably wouldn’t have kept Lardna as his mom’s name. Mother 3 has him use pigs as a symbol, making Porky more appropriate, although it doesn’t go as well with Picky. But that kind of thing happens a lot. Giygas’ name is Gyiyg in Japanese, and Giegue in the English version of EarthBound Beginnings. 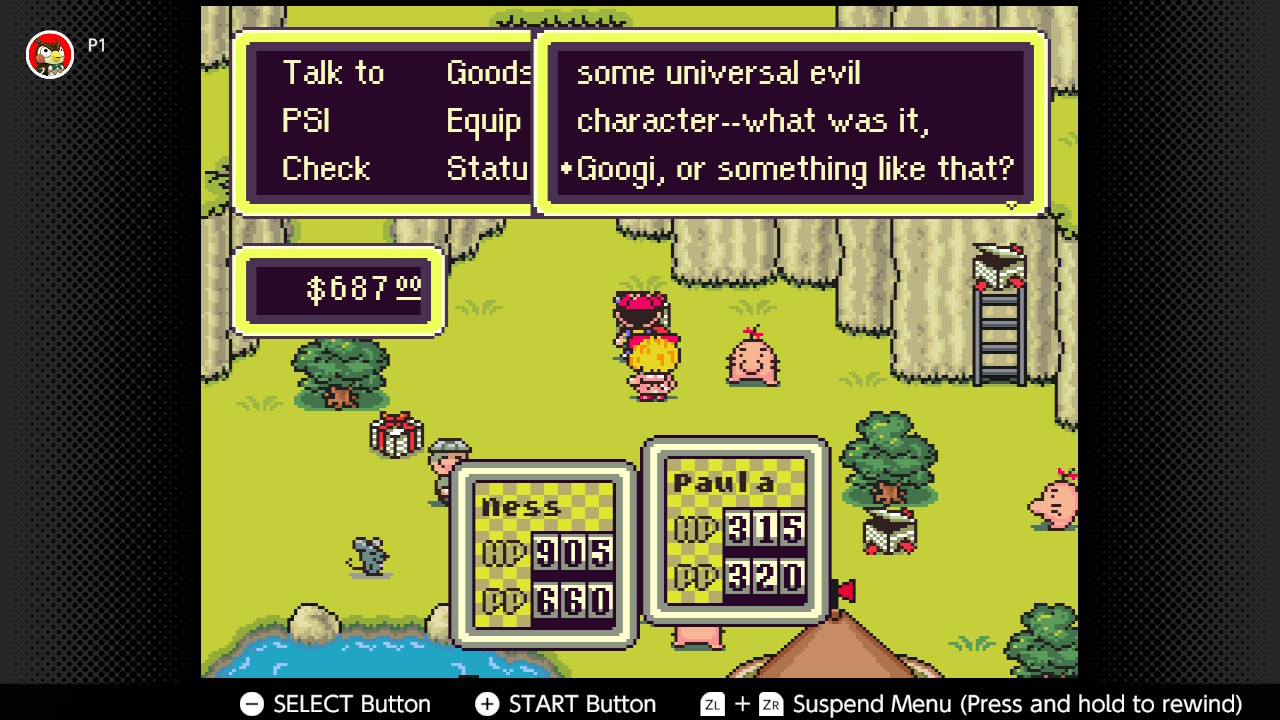 I suspect the original translation meant to tie it to “Gigas,” a word of the same Greek derivation as “giant” that’s sometimes used in fantasy. 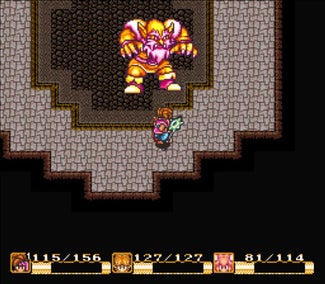 Giygas itself rather disturbingly switches between attacking, crying out for help, and announcing it’s happy. I do find it weird that the game ships Ness and Paula even though they’re still kids. 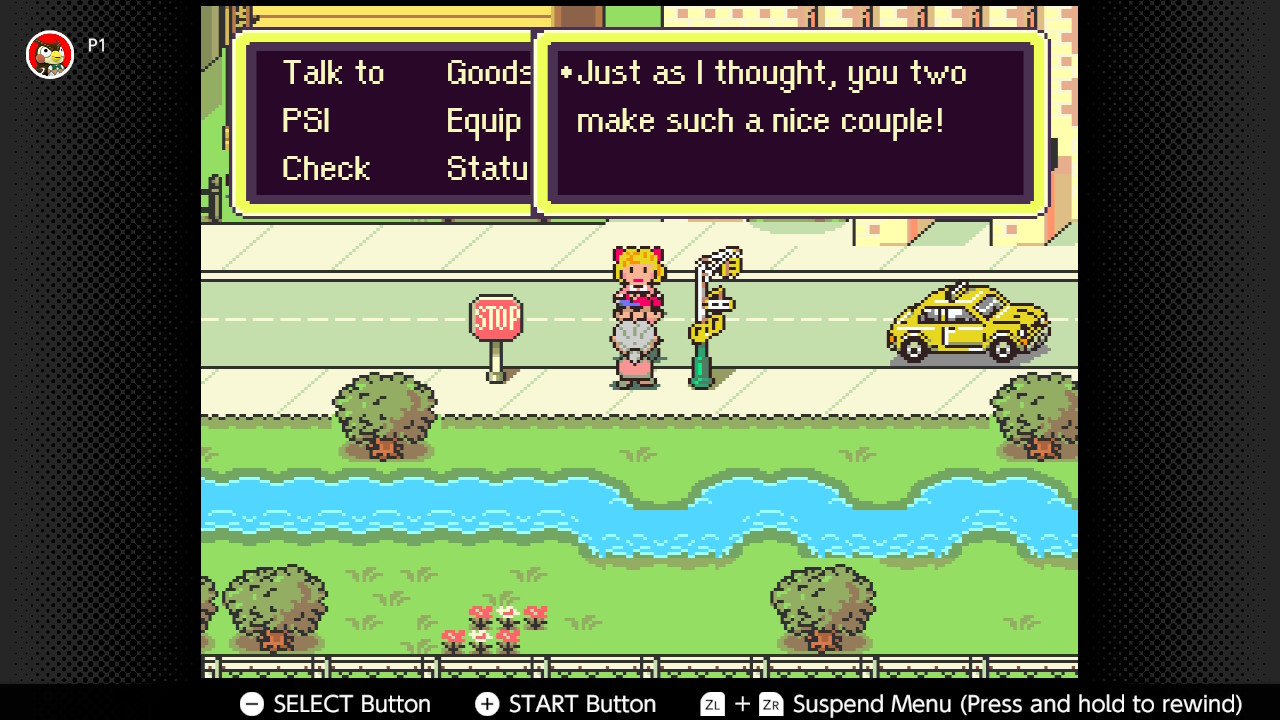 Of course, in this world, kids can buy a house (albeit from a pretty shady guy), purchase bombs, build complicated machines, and beat up cops with no legal repercussions. Whether intentional or not, there’s kind of a theme that the authorities are largely useless. 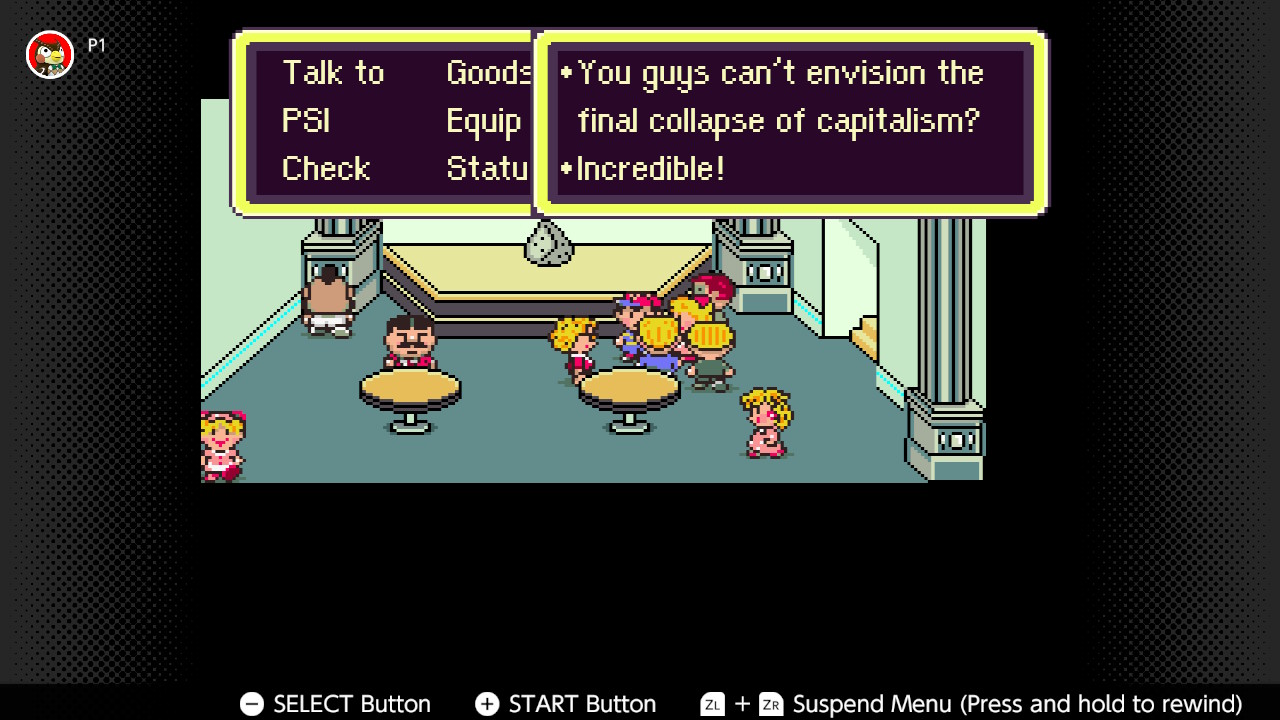 Ness’s parents don’t seem to mind too much that he’s traveling the world and fighting monsters on his own. His father never even shows up in person, instead only communicating by telephone, unless he’s secretly working in the palace of Dalaam. 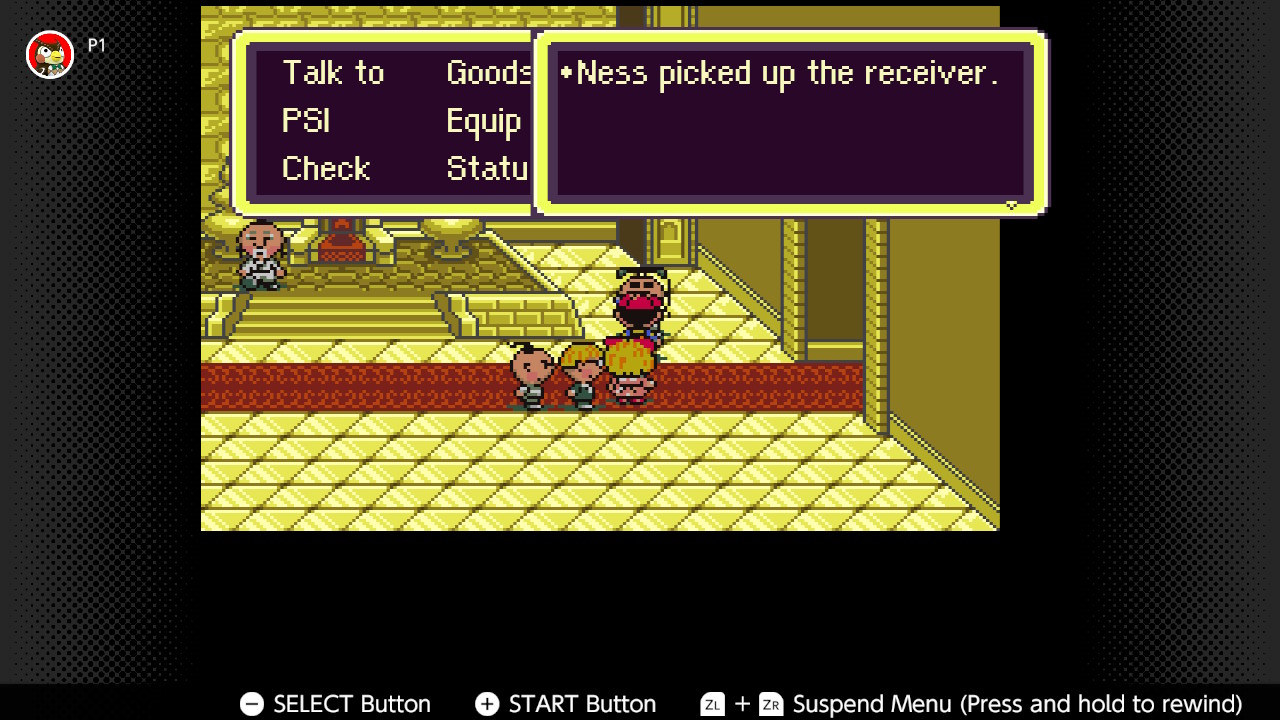 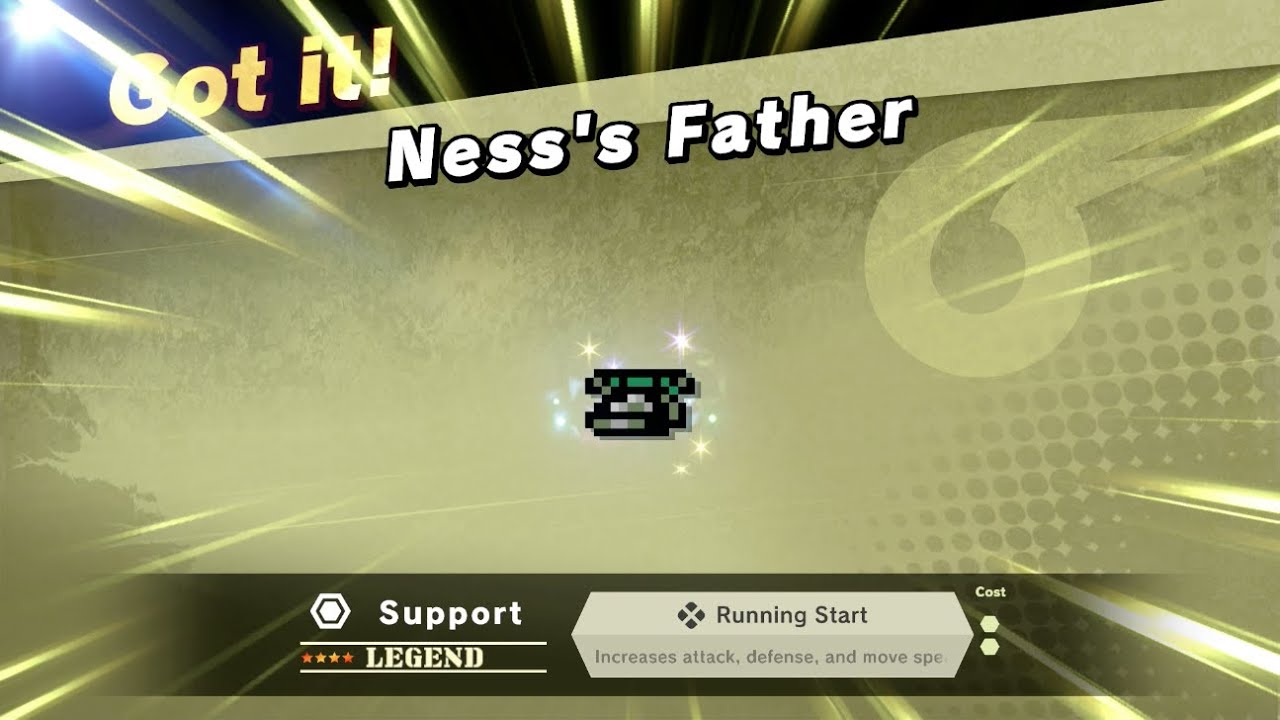 What am I going to play now? Well, I’ve started on Cosmic Star Heroine, and I’ve been playing The Sims 4 again as well. I installed a new expansion pack since the last time I played the latter, and while it adds some new actions and feelings for the characters, it seems to make the Sims’ wants way more limited. Mostly they just want to listen to music, and it’s boring to do that over and over. I haven’t yet looked into EarthBound Beginnings. I should probably play it someday, but for now I want to do something a little different. Live a Live also looks interesting. 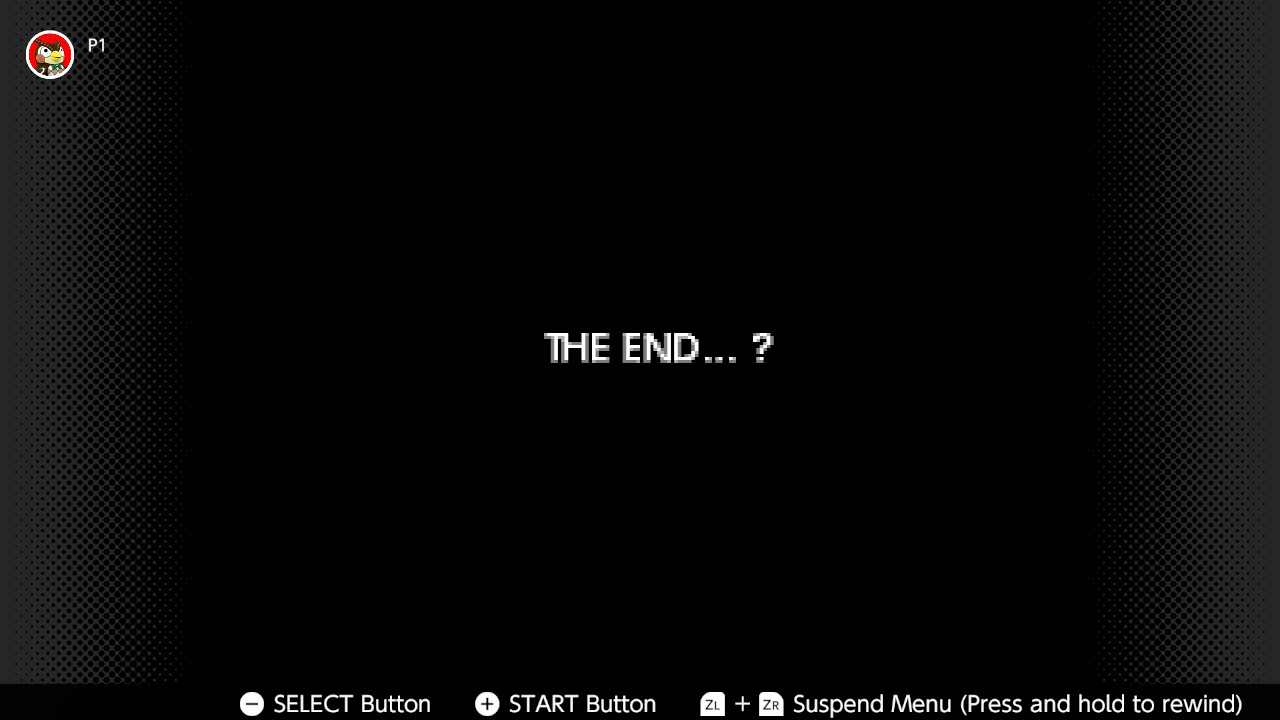