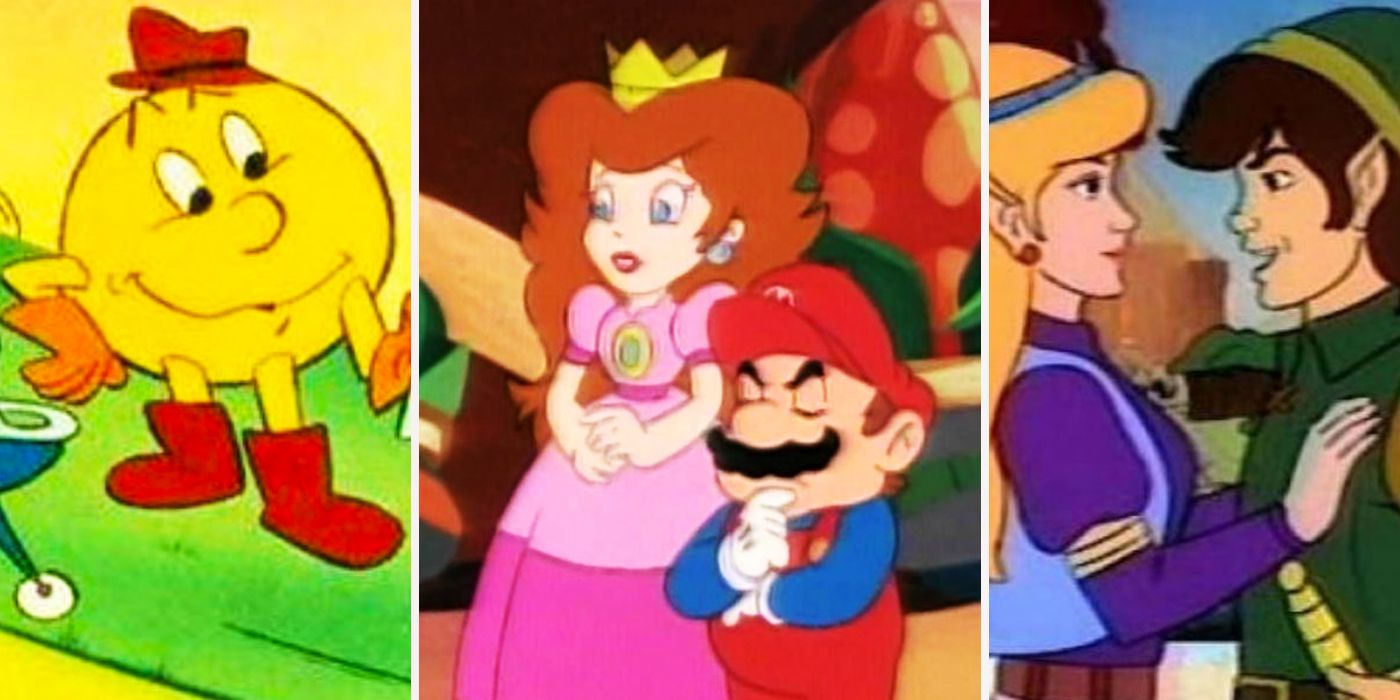 I’ve long had somewhat of an affinity for media based on video games, even though most of them aren’t really that good. I grew up on the Super Mario Bros. cartoons and Choose Your Own Adventure style books, and read the Valiant comic series occasionally. I also watched Captain N, and remember seeing a few episodes of the Hanna-Barbera Pac-Man and Ruby-Spears Mega Man cartoons, and most of the syndicated Adventures of Sonic the Hedgehog. Most of these were made in the early days of the game series, and the writers didn’t have much to work with. It’s not like they had to develop all that much; these were fairly cheap products made for children. Still, they had to give the characters some sort of personality, as well as a supporting cast, settings, and motivations. Then, when the game franchises were further developed, they often went in a totally different direction. I wrote earlier about how many of the elements of the Mario universe that were sort of canonical despite not appearing in the actual games were later contradicted. I like to point out certain details that appeared in cartoons and such before becoming gameplay mechanics, like how the SMB anime had a flying ship, Mario taking over Lakitu‘s cloud, and his grabbing Bowser by the tail and throwing him. These are fairly minor points, however. Luigi being rather cowardly is something that might have come into the games by way of television, but not necessarily. The Legend of Zelda cartoons that were shown as part of the Super Mario Bros. Super Show didn’t seem to have any impact on that series, although they did clearly influence the terrible CD-i Zelda games. I haven’t played any of them, but they certainly LOOK horrible. Link being cocky and constantly hitting on Zelda, the Princess herself being an adept fighter in her own right, and her father King Harkinian being a character all likely came from the show.

The games aren’t considered canonical, although it really wouldn’t impact much if they were, as they’re all at the end of what’s now the Downfall Timeline. 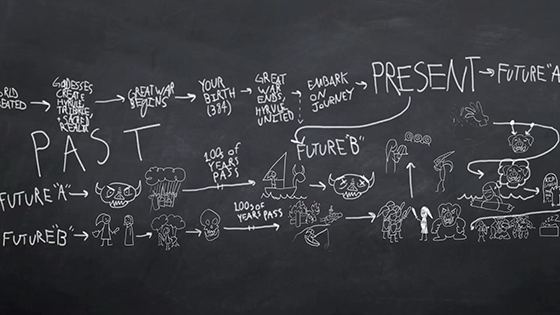 The Mario game for the CD-i, Hotel Mario, seems to take some cues from the cartoons in its cut scenes, but I don’t believe it contains any direct references.

The Pac-Man animated series is another case of games being influenced by a cartoon based on a game. The 1984 side-scroller Pac-Land takes place in the setting established on the show, and includes characters developed specifically for it. 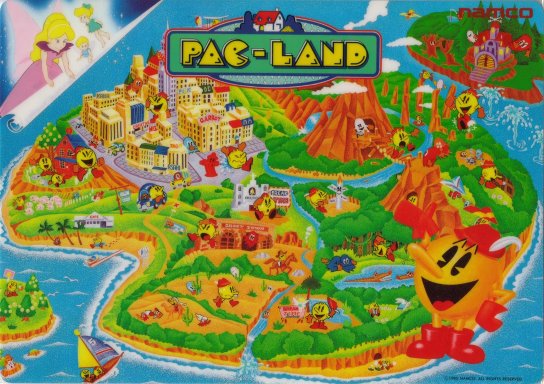 I guess it more or less marks the cartoon as at least partially canonical, although when do you hear anyone talk about the Pac-Man canon?

Sonic is an interesting case, because apparently Sega encouraged America, Europe, and Japan to make up their own back stories, so that the character could be cool in every region. DiC developed Adventures of Sonic at the same time as a considerably less wacky Sonic cartoon on Saturday mornings. Both established Sonic and Tails as living on a planet called Mobius, which had some humans but mostly anthropomorphic animals. There had only been two Sonic games at this point, and many of the new characters in the cartoons were loosely based on friends and enemies from these games.

Adventures had the recurring bad guys Scratch, Grounder, and Coconuts, the latter two of which were also the names of similar enemies in Sonic 2, although the characters differed somewhat.

Scratch was probably based on the Clucker villains. 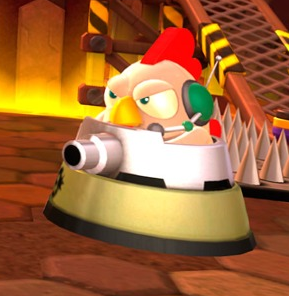 The Saturday morning show made Sonic part of a group of Freedom Fighters based on the animals Sonic rescues at the end of each level.

At least, a squirrel, a walrus, and a rabbit were all represented. 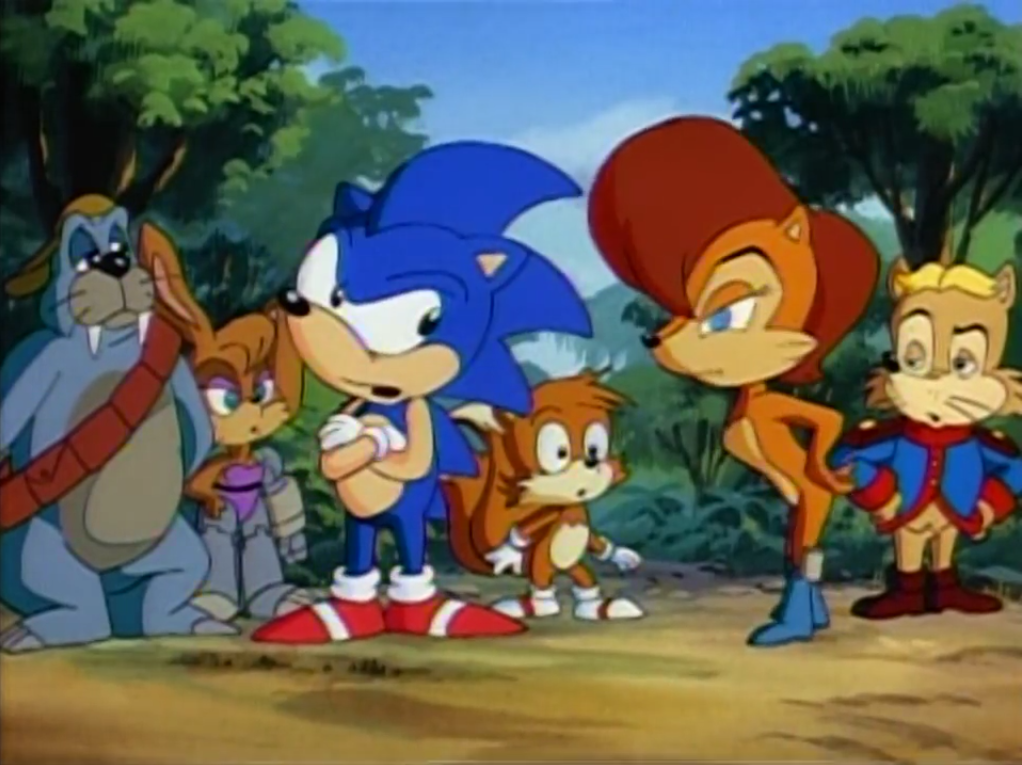 And some of these characters did later appear in games. Dr. Robotnik’s Mean Bean Machine, a retooling of the puzzle game Puyo Puyo with Sonic characters but not Sonic himself, featured Scratch, Grounder, Coconuts, and several other robots who made brief appearances on Adventures as opponents. 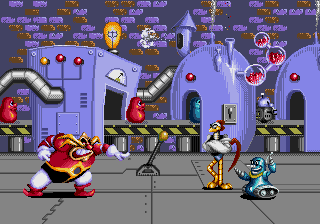 Characters you had to rescue in Sonic Spinball included Sally Acorn, Bunnie Rabbot, and Rotor Walrus from the Freedom Fighters; and Scratch was an enemy.

I understand there was even some talk of the Freedom Fighters taking part in a game in the main Sonic series, but it never came to pass, and the games would go on to introduce their own expansions to Sonic’s world, many of them based on the old Japanese back story rather than the American or European. 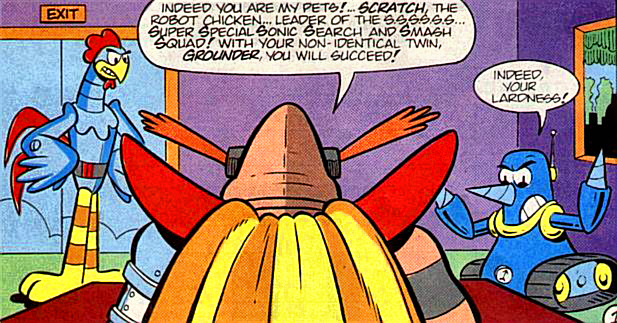 I believe the Archie Comics Sonic series includes elements from both cartoons AND all the games, but the only issues of that I’ve read so far were the crossovers with Mega Man.

The Archie Mega Man series does have some references to the Ruby-Spears cartoon, but I don’t think any characters or major concepts were taken directly from it. Captain N doesn’t seem to have affected any of the series it incorporated at all. I do think it’s interesting that Hyrule Warriors has a character named Lana, but I don’t think she has any relation to the Princess of Videoland. 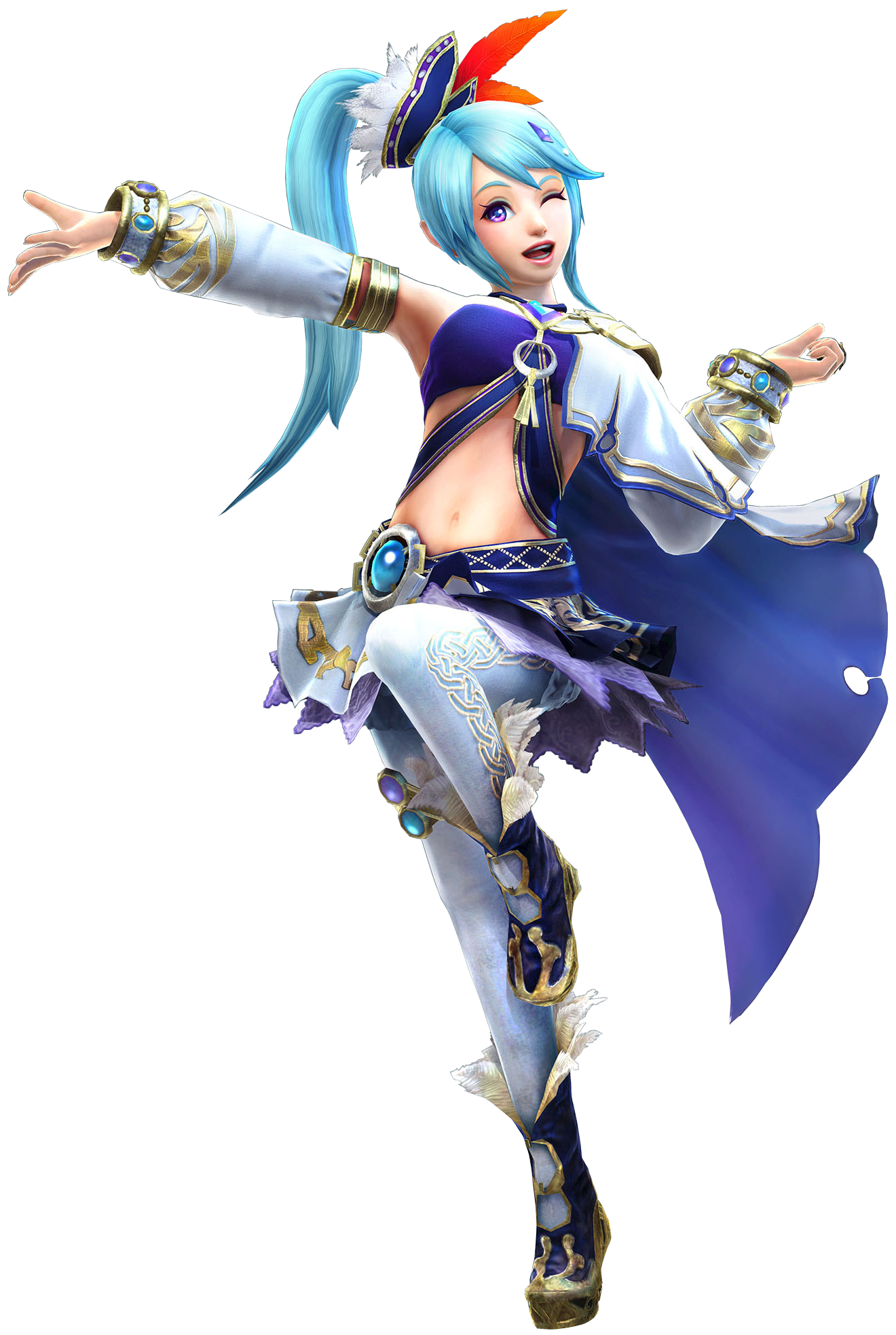 And finally, we can’t forget the two games based on Street Fighter: The Movie, although we might like to. From what I’ve gathered, they’re basically just variations on Street Fighter II that used digitized versions of the actors from the film.