Give God Your Strength! 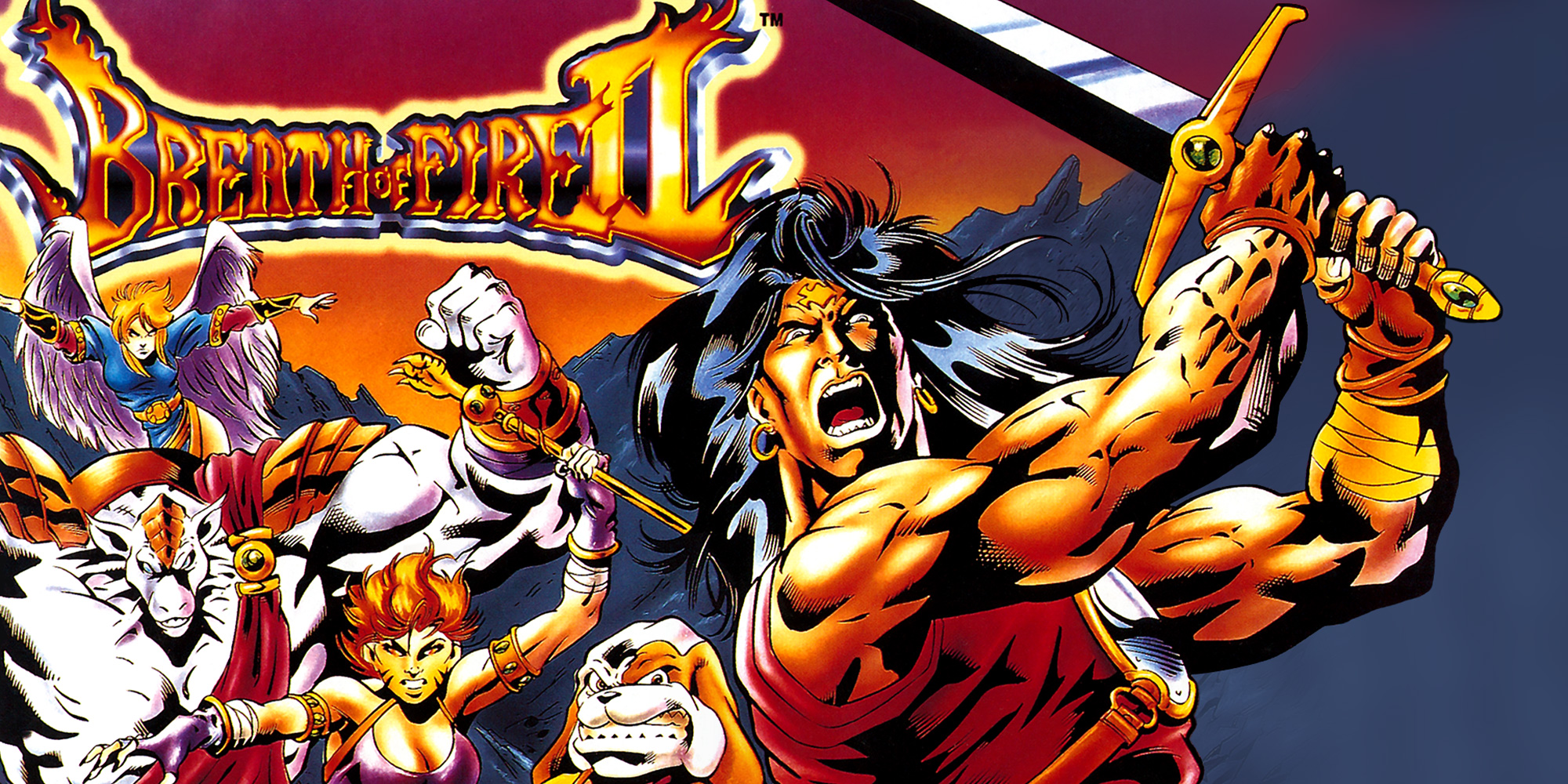 Breath of Fire 2 – I watched my brother play through this years ago, but I never did myself. I was getting a little frustrated with the other games I was playing, so I downloaded this on the 3DS and played through it, finally finishing this past Sunday. It’s kind of become a regular occurrence in Japanese role-playing games to have to kill God, or at least a powerful being who claims to be God, but this is one of the first times I remember seeing it. You play as Ryu Bateson, the son of a village preacher who mysteriously disappears, and no one in town remembers his existence. After an encounter with a demon, the game skips ahead ten years, where you and your childhood friend Bow are working as Rangers, who are hired for various tasks, in the creatively named HomeTown. Bow gets in trouble for stealing from a guy named Trout for another guy named Kilgore, even though he doesn’t actually take anything. While Bow goes into hiding, Ryu has to track down the real thief, a girl with wings, which leads to his gaining more companions and fighting a lot of monsters, in typical RPG style. 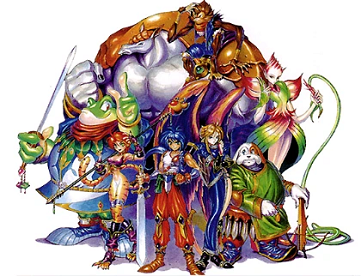 In this world, most of the characters who join your party are anthropomorphic animals: Bow is a dog, Katt…well, you can figure that one out, Rand is an armadillo, Nina has bird wings, Sten is a monkey, Jean is a frog (with a French accent, so there’s kind of a subtle insult in there), and the bonus character Bleu has the body of a snake. 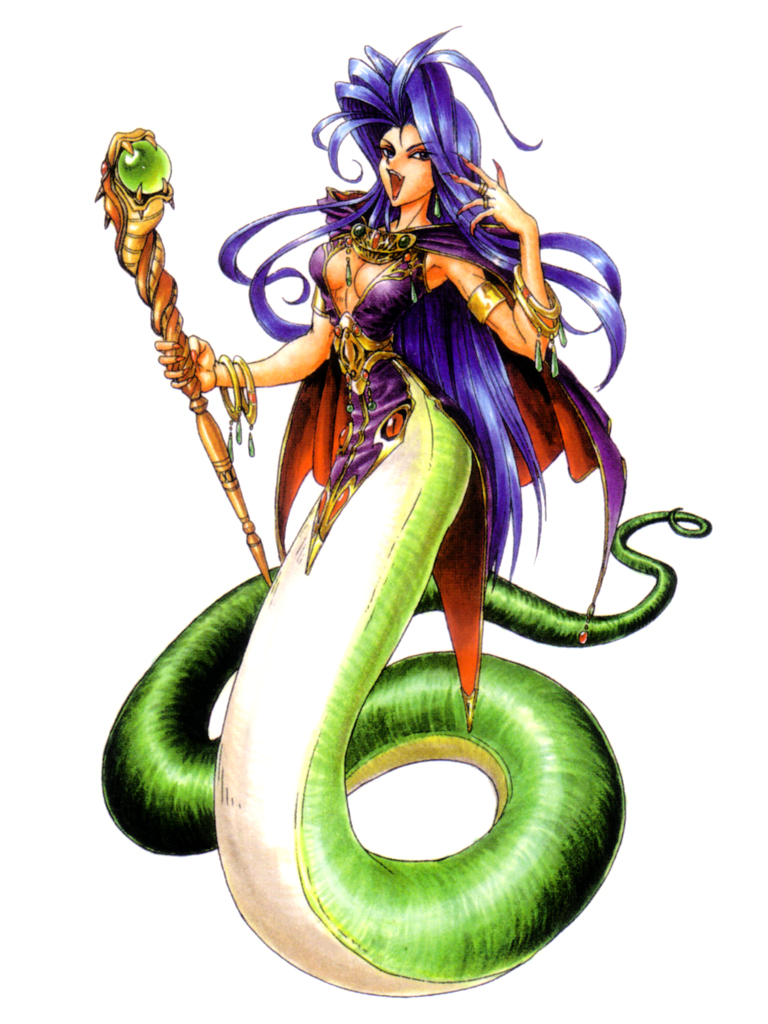 Ryu turns out to be part of the Dragon Clan with the ability to turn into a dragon, and Spar (full name Aspara Gus) is a plant person, so that’s a little different. For most of the characters, you eventually find out their back stories and meet other members of their clans, although you only find one other cat-person and no more dog-people. While some parts force you to use certain party members, you’re usually allowed to choose. I tried to level them all up about the same amount, but the party I ended up using in the final dungeon was Ryu, Bow, Rand, and Bleu. They all have their own strengths and weaknesses, but I thought it was interesting that Rand, who’s kind of a tank character, also has healing spells. And over the course of your adventure, you find out that the powerful and popular Church of St. Eva is a conduit for transferring energy to an ancient demon by way of prayers. 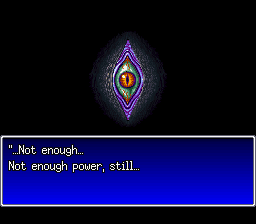 The exact nature of the world’s religions is a little unclear, not helped by a pretty sloppy translation from Japanese, where concepts like demons and gods aren’t as clear-cut as in standard Western religions. It’s decent enough to let you follow the story and get a sense of the characters, but there are grammatical problems, item names and descriptions that don’t make sense in English, and instances where you get a yes or no option and they’re reversed. Legends of Localization has a run-down on the sorts of bad translations in the game. 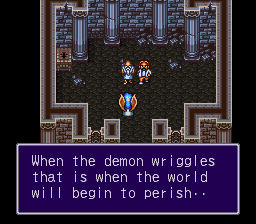 Character limits also come into play, leading to some hard-to-decipher abbreviations. Some of the names are inconsistent, like how the demon Habaruku is called Babaruku at one point. The ending credits provide names, sometimes both first and last, for many of the characters who aren’t named within the game, but the translations are very literal and not always in accordance with those who ARE named elsewhere. Rand’s last name is Marks as a play on “landmarks,” which doesn’t really work in English. In addition to Kilgore and Trout, there are many other references to literature, music, and even brand names. The witch Nimufu’s original name was a play on “nymphomaniac” and the engineer Eichichi’s name basically means “large breasts,” but it’s doubtful that the translator even caught these. The members of the resistance against St. Eva are named after Disney characters: Mickey, Donald, Goofy, Max, Pete, Pooh, Chip, Gaston, and Tigger. Only the last one is named in-game,and he’s called Tiga. The winged thief is called Patty Smith, but that turns out to not be her real name. 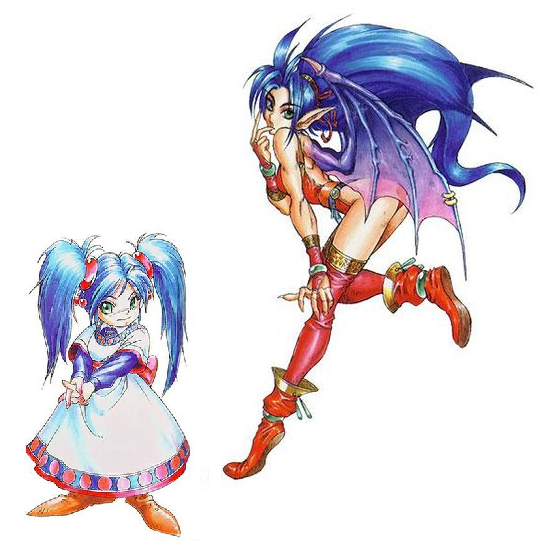 This page explains many other references. The demon-god of the St. Eva Church is named Evans, or Deathevan when you fight him, so I’m not sure we know whether St. Eva is a separate individual. 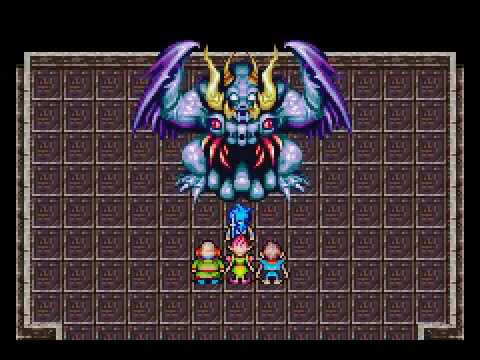 As far as religion goes, there’s also a Dragon God and a god of agriculture, and they both seem to be good, so maybe the lesson is that gods need to specialize instead of being all-encompassing. Most of the members of the Church are basically decent people who were duped, with a few exceptions who literally turn into demons. Some of the stranger parts of the game include hunting down insects for Jean to cook, avoiding being cooked in a restaurant run by monsters, helping an overweight queen lose weight by fighting the fat monsters inside her (that one is gross AND kind of offensive), and entering an old tree’s memory. You have to go into toilets a few times, too. 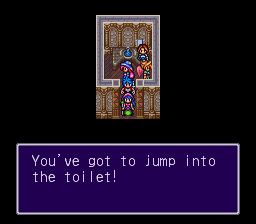 There are some elements in the game that I really didn’t implement fully, although I did find out how to get the best ending. There’s a town that you help to rebuild, and bringing certain characters there will let the place fly, which contributes to this ending. 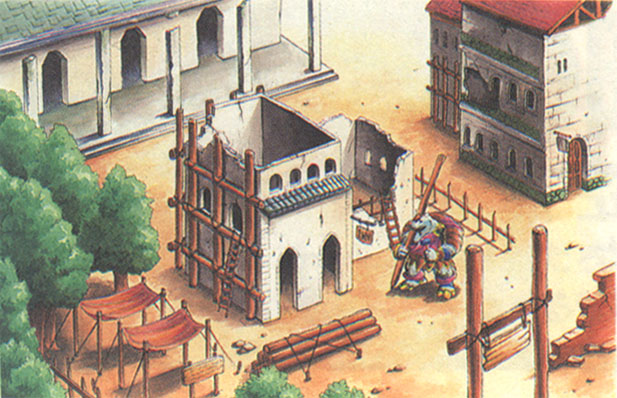 I didn’t use the flying town that much in the game, though, for the same reason I never much worked with the shamans who can grant the characters additional powers, which is that they’re kind of tedious and time-consuming. I also know that there are different outcomes when you recruit different people for your town, but I just accepted the first ones I found. I never tried fishing, and only hunted a little bit. They’re all interesting ideas, but not really necessary to play the game. And aside from the translation problems, shopping can be annoying because there’s no indication as to whether a weapon or piece of armor is better than what you already have. That’s the sort of thing I now tend to take for granted in RPGs, but they didn’t always have it in earlier ones, and we had to muddle through. It helps somewhat that most party members use only one type of weapon. As in the Dragon Quest series, you get resurrected when your party is wiped out, but you lose money. And resurrection items are available starting in HomeTown, although they’re a little expensive for the beginning of the game. Rand also has a move that will sometimes bring a dead character back to life in battle, but it’s not all that reliable.
I have to say I enjoyed revisiting this game, and maybe I’ll go even farther back to the first Breath of Fire in the near future. I’ve started playing Phantasy Star 3, which seems a little primitive for when it came out (1990, same year as Dragon Quest IV), but I’ll see how it works out for me. I finished the first PS years ago, and started PS2 but was really confused by it early on.

3 Responses to Give God Your Strength!