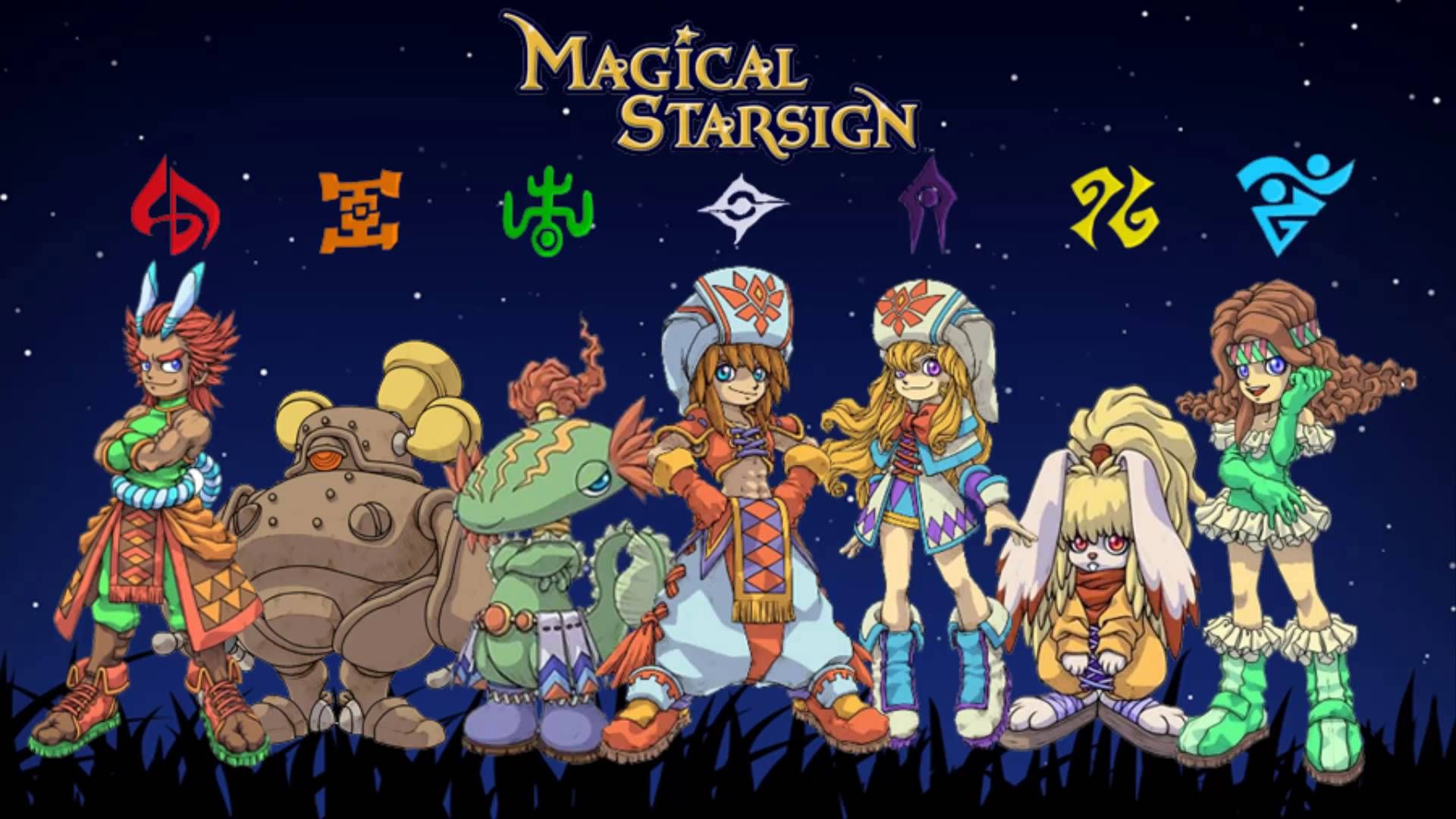 Magical Starsign is a Nintendo DS game from some years back that I thought I might want to check out, but didn’t until fairly recently. It’s a turn-based role-playing game that makes heavy use of the stylus, which is a bit of a change for me since the last two games I played didn’t make use of it at all. I assume it’s because those were just ports of Super NES games, while this was designed for the DS. So it’s a gimmick, but not a particularly difficult one, although I keep trying to press buttons instead because that’s what I’m used to. Beth played through the Zelda game Spirit Tracks not long ago, and that’s another one that uses the stylus a lot. Starsign is the sequel to a Game Boy Advance title, Magical Vacation, that was only released in Japan. It looks like the two games both feature students of a school of elemental magic in a place called Kovomaka, but while the first one has the characters travel to different planes, here they visit other planets in the Kovomaka System.

The teacher, Miss Madeleine, goes missing while on a journey to the planet Puffoon, and the students try to follow her but all end up in different places. Each of the fairly small planets is based on one of the seven elements: earth, water, wind, wood, fire, light, and darkness. It’s interesting, because wood is one of the Chinese classical elements, but wind is not, so it’s a combination of different elemental systems. Of course, a lot of games use elemental themes and magic, the original Final Fantasy being the first one I remember playing. In fact, in my teenage years when I was thinking of ideas for an FF sequel, different planets based on elements was the main one. It wasn’t until later that I learned there were already a few sequels in Japan. I don’t think they ever went the route of one planet for each element, although space travel does feature in some of the later games. And Mystic Quest does have a country devoted to each element. Anyway, the main protagonist in Starsign uses light magic, and is accompanied by a fairly diverse cast with their own specialties: wind for the scatterbrained rabbit girl Lassi; earth for Mokka, an ancient robot who resembles a coffee maker; wood for the salamander Chai; fire for the hot-tempered Pico; and water for Sorbet. You find one companion on each of the first five planets, and I haven’t yet reached the fifth, so Pico just joined and Sorbet hasn’t yet. Which sort of magic works best depends on both the enemy being fought and the current alignment of the planets.

It’s generally light and humorous in style, yet there is a more sinister plot that unravels throughout, of a gang of space pirates kidnapping magicians. And so far it’s unclear whether the Space Police are in league with them or just incompetent. So far, the story in general seems a bit formulaic, and it hasn’t been particularly difficult. But then, if I’m playing a game largely to relax, I don’t necessarily WANT it to be that challenging. The star system has a varied population, including spiny moles, otters, dwarves, and cat people. Many of the characters have food-themed names.

The aesthetic reminds me somewhat of Secret of Mana, being cute and colorful. You also use sweets as healing items in both, although it’s a little disturbing that you catch living gummy frogs and worms and then eat them. 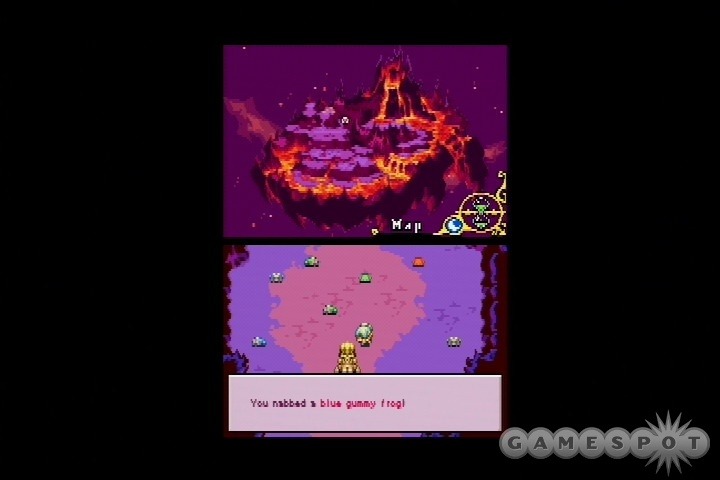