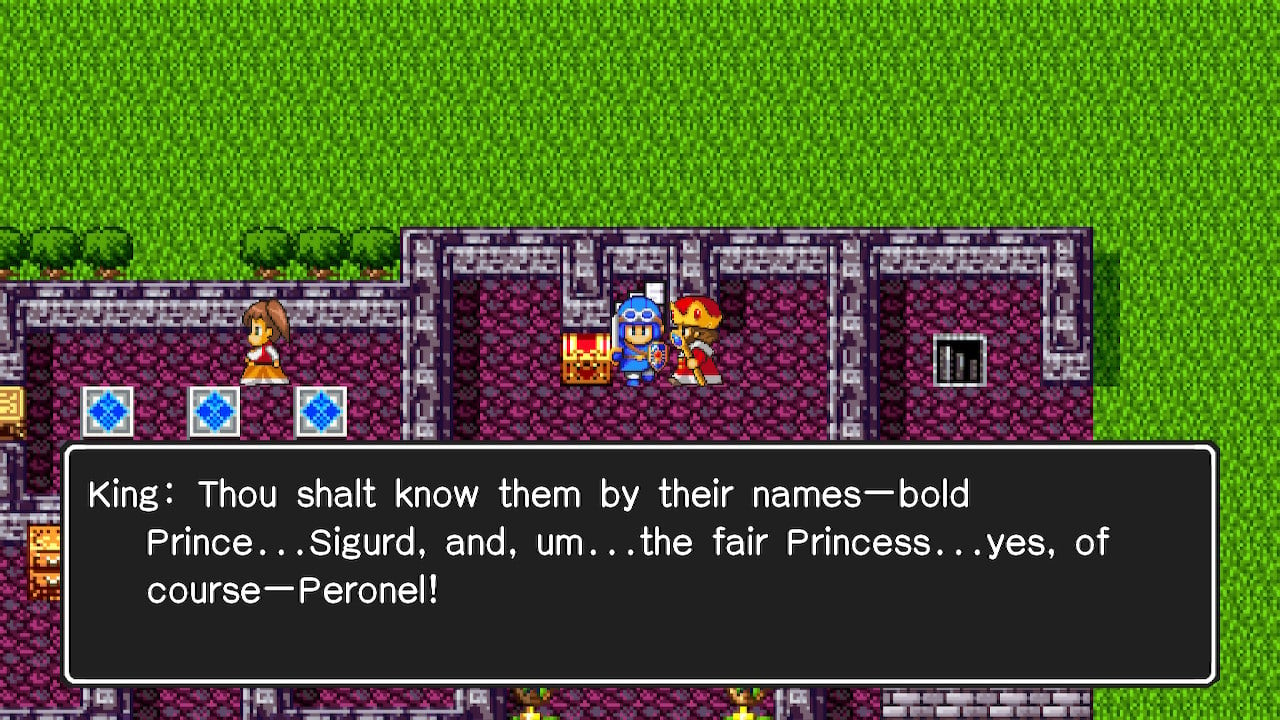 After I shared my last post on Dragon Quest names on Discord, Arlen Pavka replied with a list of names from the mobile and Nintendo Switch versions of DQ2, which includes a few I hadn’t previously seen. I’ve written about Sigurd several times before; and Isolde is another character from Arthurian lore, the lover of Tristan. 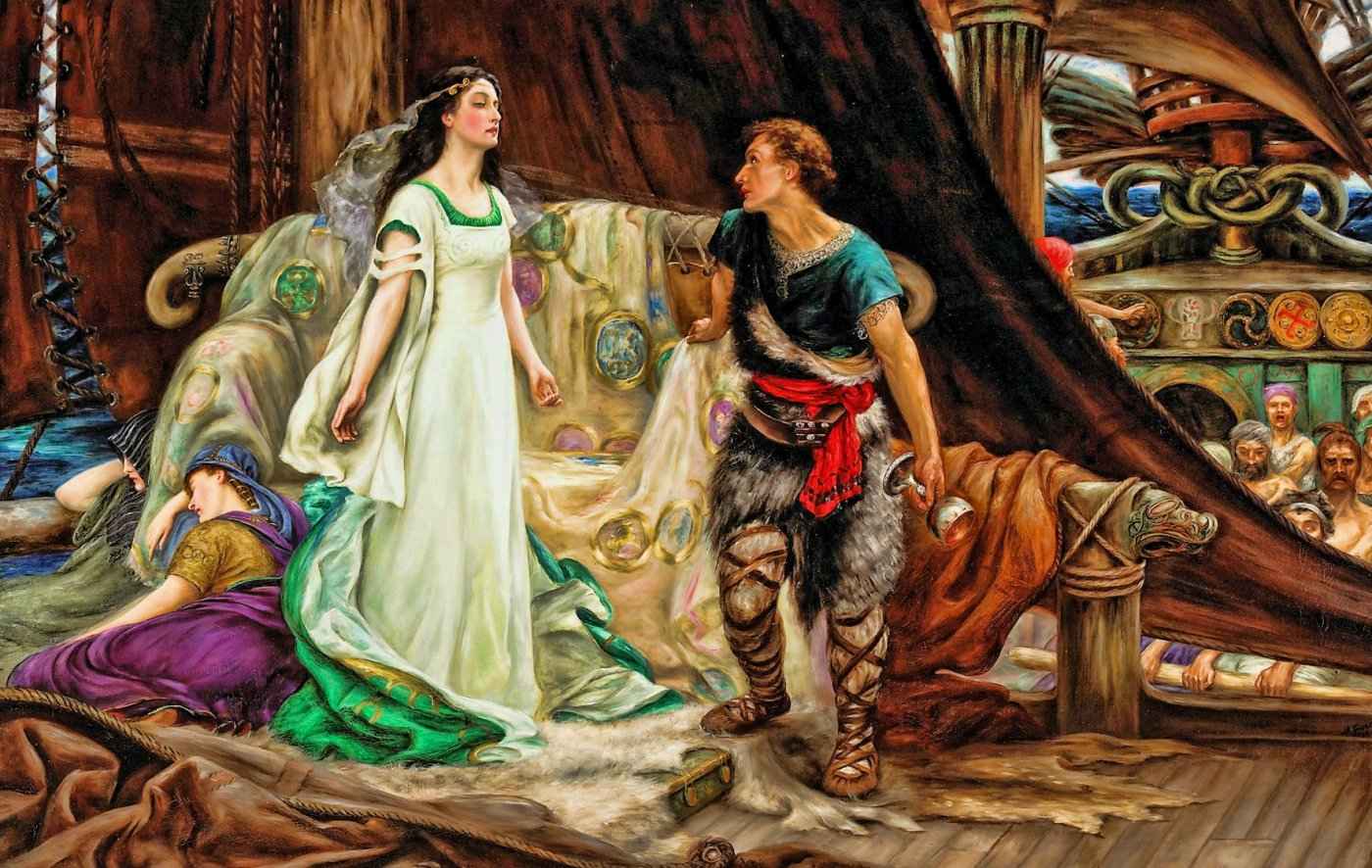 Peronel is a Latin name derived from Petronius, and Conrad the name of a lot of German monarchs. And I’m curious about the English Varia, which is famously what a protective suit in Metroid is called, and that’s a poor transcription of “barrier.” 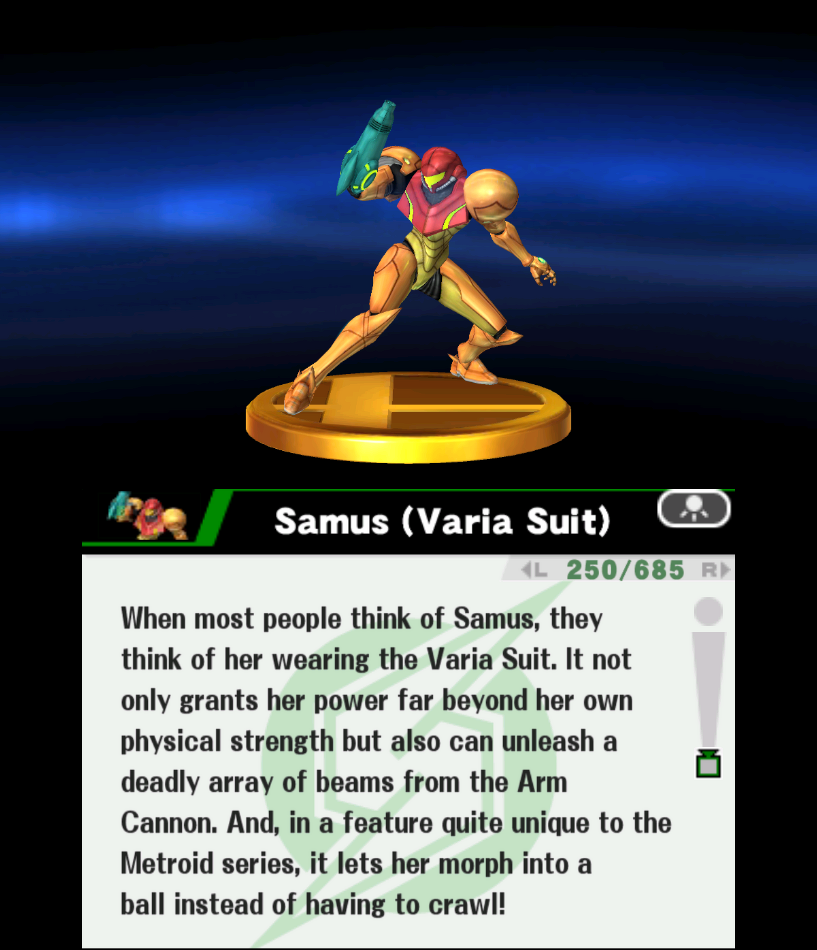 It wouldn’t make sense for the Princess to be named “Barrier,” but Varia is apparently also a nickname for the Russian version of Barbara. But the dragonquest.org wiki just gives that name as Maria, so maybe it’s a typo. But then, the Princess of Endor in DQ4, who’s Monika in Japanese, goes from being Mia in one English translation to Veronica in another. And of course Veronica and Mia are both characters in DQ11.

In DQ3, while you can create and name your own characters, there are some ready-made party members available to recruit. They only represent three classes, though. I found this description of a translation patch, and it lists what I assume are direct translations of the Japanese names alongside the ones from the original English version. From what I’ve seen, the first four are warriors, the next four mages, and the final four priests. And, while you can choose characters’ genders, these are all male. Was Han Solo really a Japanese name for a warrior? I would have thought I’d have seen that somewhere else if it were true. In terms of probably less obvious references, El Cid was an eleventh century Spanish military leader, and I suspect the origin of the Cids in the Final Fantasy games as well. Only the first FF game, which didn’t have a Cid (well, not in its original version), was released prior to DQ3, though. 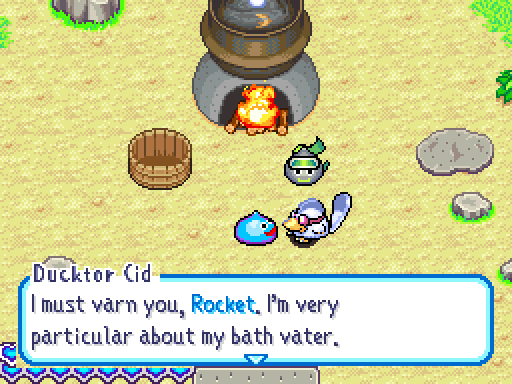 And Elias and Ilya are both variants on Elijah. For the English names, the one that immediately stands out is Ragnar, as that’s also the warrior character in DQ4. I’ve acknowledged that the name likely comes from that of a Viking hero. Theron, a name meaning “hunter,” was a Greek tyrant in the fifth century BC (Charlize wasn’t famous yet at that point). The priest Petrus might well be a reference to Jesus’ disciple Peter, and Hiram was also a Biblical character, the King of Tyre who was an ally of King Solomon. I guess “Elucidus” comes from the Latin for “to make clear.” And I’ve considered that, since other names in the games have come from writers (Balzack in 4, Camus in 11, possibly Tonnura), Viron and Sartris could be named after Lord Byron and Jean-Paul Sartre. It’s probably just as likely that they’re referencing something way more obscure or more or less random, however. The CD Theater retelling has the hero Arel accompanied by a warrior named Stella, a priest called Raido, and the mage Maris. Stella Maris, meaning “Star of the Sea,” is a title for the Virgin Mary. I’m not sure how Raido fits in, but that was a Futhark rune that could mean “ride” or “journey.” And in Emblem of Roto, it’s the warrior Fulcas, the martial artist Fon, and the sage Quadal.

The latter is still alive at the time of the manga, being 120 years old and still kicking.

Okay, I guess it was Fon who was doing the kicking. While I doubt there’s any way to know what the name Fon means without official confirmation, but that is the title of rulers in Cameroon. Quadal could be a reference to his being part of a group of four, but apparently the direct Romanization is Kadaru. I know pretty much nothing about Dragon Quest of the Stars, but apparently there were characters in one of the events based on Erdrick’s party: the warrior Garrett, the priest Margaret, the mage Merlin, and the gadabout Vashti. The last of these is a character in the book of Esther, a Persian queen who refuses to show off her beauty for her husband’s guests. Perhaps coincidentally, the name Margaret has Persian origins, and means “pearl.” 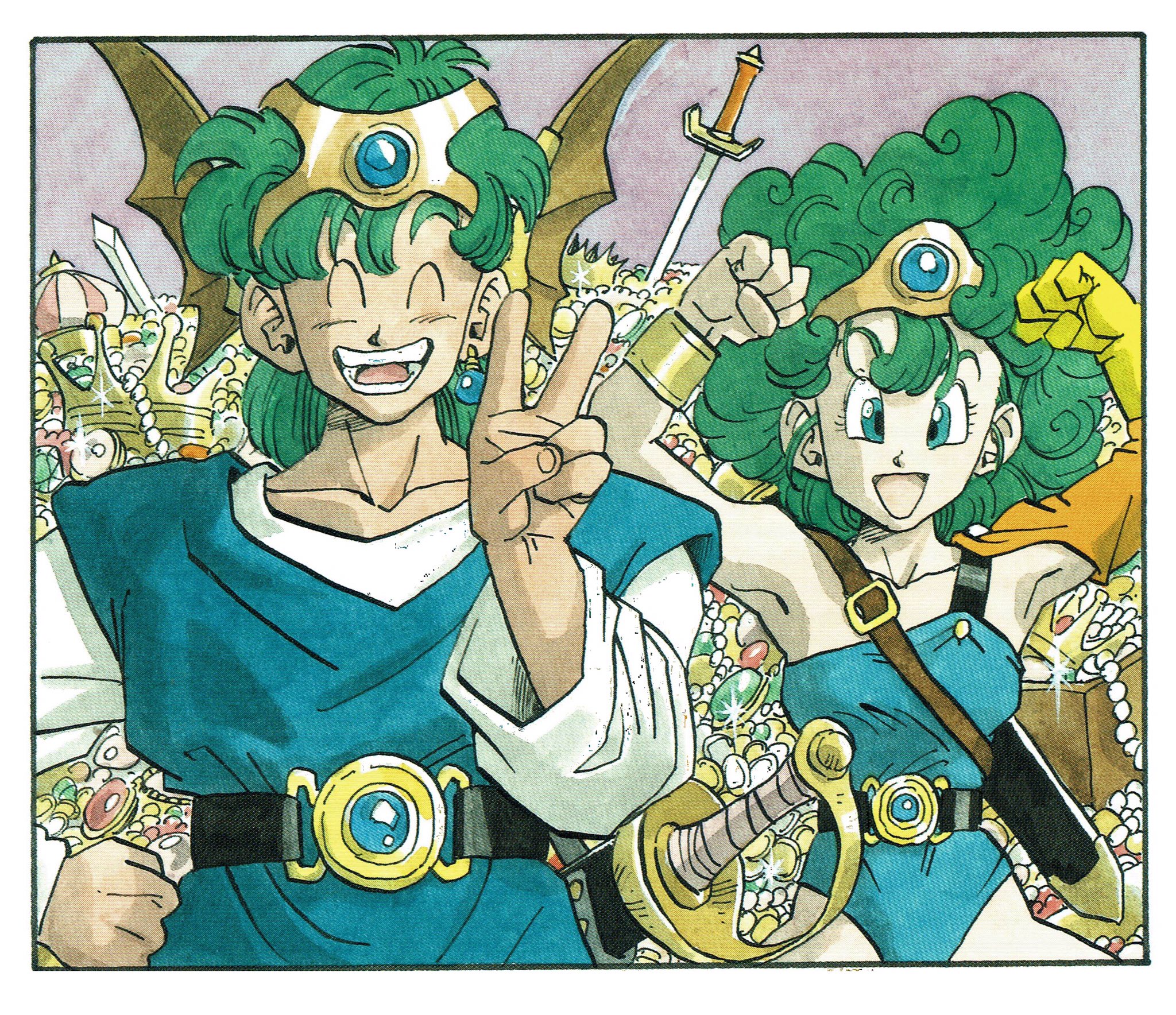 For DQ4, all of the playable characters have established names except for the hero, whose unofficial name is Solo for a boy or Sofia for a girl. Since he has several companions, Solo doesn’t seem to make a lot of sense. It would have worked better as the name for the DQ1 hero. Or was it after Han from Star Wars? Sofia was probably chosen because of the similar sound, but it actually means “wisdom” in Greek. 4 is also notable for finally giving some of the characters full names, albeit only in the remakes.

Ragnar McRyan and Torneko Taloon combine the original Japanese and English names for the characters, while Meena and Maya Mahabala take their surname from a Buddhist deity, one of the Ten Wrathful Ones.

There are three human characters the player can name in DQ5, the main protagonist and his two kids. When you start out, Pankraz suggests the name Tonnura in the original Japanese version, Abel in the remake, and Madason in the English, then Madalena recommends whatever the player chose. If the player has entered one of Pankraz’ suggestions, he suggests Satoshii, Tonnura, or Erdrick, respectively. Abel is also the name of the hero in the Abel Yuusha anime, which is loosely based on DQ3; and of course it goes with the Prince of Cannock’s possible name of Cain, and is yet another A name for a main character. Madason is a pretty literal name, as it just means he’s the son of Madalena. I guess she didn’t want her son named after her. In the novelization, he’s Lukeirom El Kel Granvania, or Luca Erkel Gotha in English. Your Story uses the same name, and apparently without permission or acknowledgement, as the novel writer filed a lawsuit. For his children, regardless of who the mother is, the default names are Cooper, Rex, or Parry for the son and Annie, Tabatha, or Madchen for the girl. In the novelization, they’re Timal and Popeira, or Timmy and Poppy for short. Your Story only has the son, and he’s called Alus, a variation on Erdrick’s original name. As for possible significance to these names, well, “Rex” is simple, just meaning “king.” The default name for the DQ6 hero, who’s also a prince although he doesn’t know it for a while, is Rek, likely from the same derivation. Timmy is usually short for Timothy, which means “honoring God.” I tried looking for Timal, and came up with the French name Timael, the latter part of which can mean “prince.” A parry is a move to deflect a weapon, and was a battle command in the early DQ games. Tabatha comes from the Aramaic for “gazelle,” and was popularized in English by Bewitched. Madchen is German for “girl” (or, more literally, “maiden”), but is probably also based on the hero’s mother’s name. 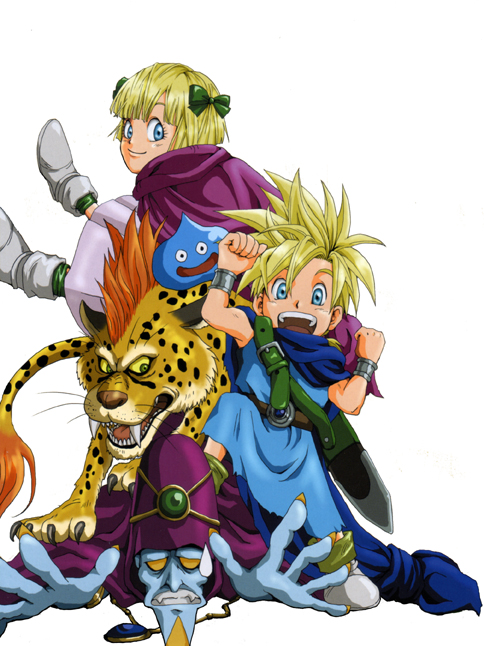