So I Says to Mabon, I Says

This past Wednesday was the Autumnal Equinox, so I guess you should keep an eye out for pumpkin Piranha Plants and Koopas in Mario masks. I believe I was first aware of the season change in Super Mario World from Nintendo Power, and later my brother was able to beat the Special World so I saw it first-hand, but I don’t think I put the autumn thing together at the time. Looking back, I guess the pumpkins go with the fall theme and the masks with Halloween, but I’m still not sure about the Bullet Bills turning into Pidgits. 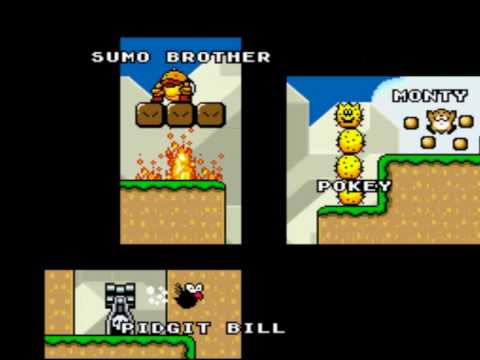 Apparently Halloween has become a thing in Japan, so the references in video games aren’t just for the West. But anyway, I know some pagans refer to the equinox as Mabon, but unlike other seasonal festivals, this one doesn’t seem to come from any traditional holiday. Although harvest festivals are a thing, this time of year just doesn’t get the same attention Western European culture as its fellows. Well, who wants to celebrate when school is starting again? The term Mabon comes from a figure in Welsh folklore, Mabon ap Modron, who is associated with King Arthur, but probably comes from an earlier source.

There are references to an ancient Celtic god called Maponos, or “great son,” whom the Romans equated with Apollo.

Legend has it that he was stolen from his mother Modron on the third night of his life, and imprisoned in Gloucester. He gained a reputation as the world’s greatest huntsman, apparently while locked up. Years later, Culhwch, son of a Scottish king, is cursed by his stepmother to only be able to marry Olwen, daughter of a chief among giants. 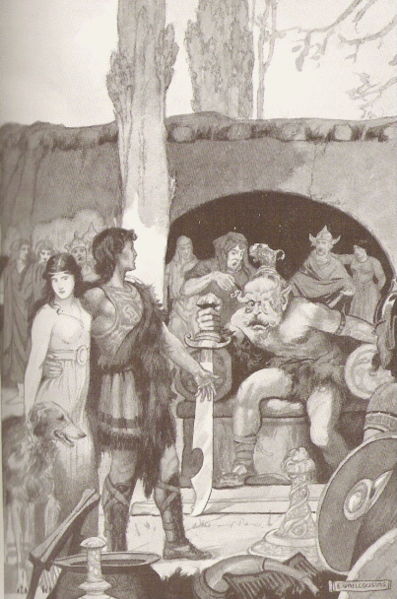 The giant, Ysbaddaden (whose name likely means “hawthorn”), has a curse on him as well, that he’s doomed to die if Olwen gets married, so he requires Culhwch to perform forty seemingly impossible tasks to win her hand. Fortunately, Culhwch is related to King Arthur, and secures his help in performing the trials. One of these is to bring back the head of Twrch Trwyth, a particular wild boar that was originally human, the son of a prince.

Gwyn ap Nudd was also involved with that hunt. They need a particular hunting dog to catch the boar, and the only one who can hunt with that dog is Mabon. Culhwch, Arthur, and their companions seek help from the five oldest animals in the world, a blackbird, a stag, an owl, an eagle, and a salmon. Only the last of these knew the whereabouts of Mabon, who had apparently been imprisoned for long ages, and took Arthur’s foster brother Kay and another knight to the prison, where Arthur and company freed the prisoner, who helped them to kill the boar.

Culhwch and his companions form an alliance with Goreu, son of the shepherd Custennen, who was Ysbaddaden’s brother. The giant had taken over his brother’s lands and killed twenty-three of his children, only Goreu surviving. The allies attacked Ysbaddaden’s castle and shaved off the giant’s hair and flesh, after which Goreu beheaded him. It’s a complicated story in which Mabon only plays a minor, if pivotal, role. Mabon shows up in a few other stories, but the idea of his being a prisoner is pretty consistent. He’s said to have been an ally and advisor of Arthur after being rescued. His mother Modron is often associated with Morgan le Fay, as both are associated with Avalon and have sons named Owain with kings named Urien.

It appears that Urien and Owain were possibly actual historical figures, best known from the work of Taliesin, who were later incorporated into Arthurian legend as the High King’s brother-in-law and nephew. I guess Mabon would have been Owain’s much older half-brother. Aidan Kelly, who named the holiday, says he called it that because of the similarity of Mabon’s rescue to the story of Demeter and Persephone, which has to do with seasonal change, and the Eleusinian Mysteries were associated with the equinox.

3 Responses to So I Says to Mabon, I Says