Tales from Earthsea – The directorial debut of Hayao Miyazaki’s son Goro, it’s a loose adaptation of Ursula K. LeGuin’s Earthsea series, mostly The Farthest Shore and Tehanu. From what I’ve read, LeGuin didn’t really care for the finished product. It’s kind of slow and quiet overall. The plot involves the Archmage Ged, or Sparrowhawk, as most people call him, journeying with Prince Arren to find what’s been draining the magic from the land. The culprit is a wizard named Cob, who wants to live forever. That much is in The Farthest Shore, but I don’t think that book made him so androgynous. 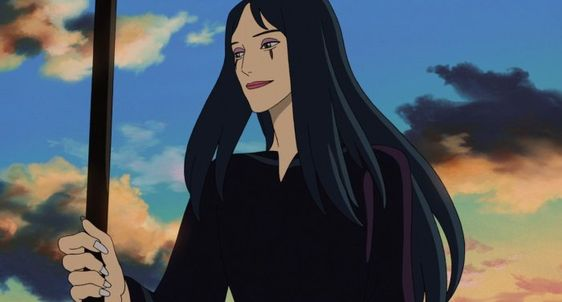 Well, when he’s deteriorating, he looks like Ozzy Osbourne. 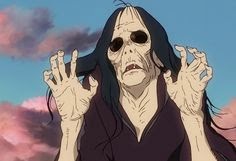 Anyway, Arren has moments of madness that are never really explained, particularly when he kills his father for no apparent reason, although his desire to believe Cob about Ged’s motives also seems to come out of nowhere. I do appreciate that there are a lot of references to places from the books, even when they’re not directly relevant to the plot. And it’s definitely a good-looking film. It just isn’t that engaging, and it kind of downplays the female characters. Breakin’ 2: Electric Boogaloo – This is one of those movies where everybody knows and references the title, but I don’t know how many of them have actually seen it. Beth put both this and the original Breakin’ on our Netflix queue, but they no longer have the first one, and we couldn’t find it anywhere else without an extra charge. I doubt there was a lot of lore that was necessary to know, however. My main takeaway is that it was a very typical eighties film. An evil real estate developer wants to knock down a community center to build a shopping center, and you can tell he’s a bad guy not just because of this, but because he’s mean to everybody, even kids, for no reason. The protagonists do what they can to raise money, but they ultimately win out when the developer realizes that he’s getting bad publicity, especially when he tells a bulldozer operator to keep going when there’s a kid in the way. I’m not sure he’d even care about that these days. There’s a multi-ethnic cast doing a lot of break dancing, and some colorful outfits, so that’s fun to watch, anyway. I like to remind people that Shabba Doo, who plays Ozone, appeared on the Super Mario Bros. Super Show (the live action part) teaching Mario and Luigi to breakdance, and it’s as bizarre as it sounds. 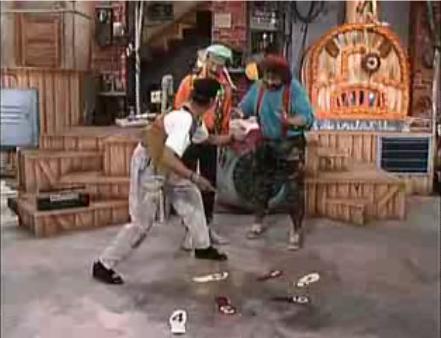 Wouldn’t being called Ozone in the eighties have been kind of depressing? 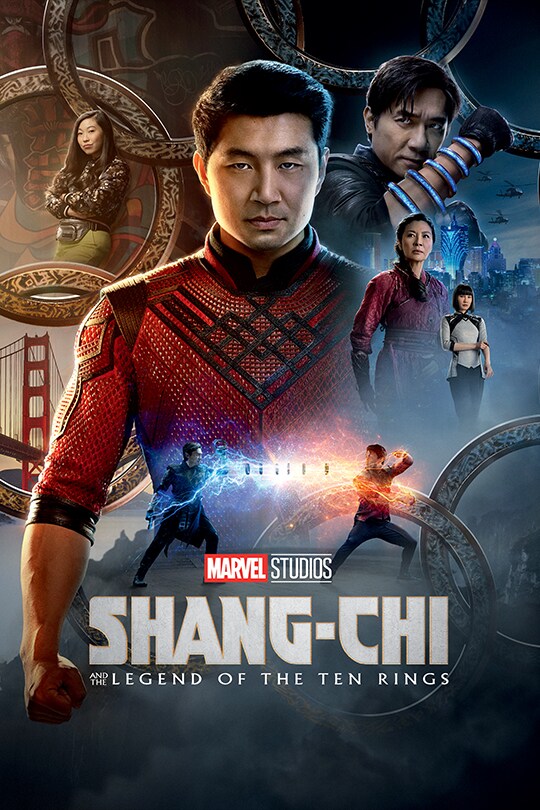 Shang-Chi and the Legend of the Ten Rings – I’m trying to catch up on these Marvel movies, and this is another one where they highlight a fairly obscure character from the comics. At least, I think he is. He’s from a title in the seventies inspired by the show Kung Fu, and his father was Fu Manchu, a character created in the height of the Yellow Peril by someone who knew nothing about China.

I think Fu is now best remembered for his mustache.

The Ten Rings are connected to another stereotypical Chinese villain, the Mandarin, who doesn’t exactly have Fu Manchu facial hair, but it’s close. he movies had already acknowledged the Mandarin in Iron Man 3, making him a symbolic terrorist leader who was actually played by a dotty English actor. In the movie, Shang-Chi’s father is Wenwu, a master criminal with magical powers from the rings, on whom the Mandarin was modeled. After a flashback, Shang-Chi is seen working as a valet until some of his father’s henchmen come to steal his pendant. He returns to China with his sister and his best friend Katy, played by Awkwafina, who apparently has to be in any American production with Chinese characters. They learn that he thinks he hears his late wife Ying Li calling from a mystical prison, and he’s determined to use the pendants to save her. Unfortunately, it’s all a trick by another super-powerful entity intent on destroying the world, who are a dime a dozen in this universe. Ben Kingsley returns as Trevor Slattery, the actor who was playing the Mandarin. Wenwu originally intended to kill him, but kept him around because he found him amusing. A lot of what we see here has been done before in these Marvel films: the hero with a mysterious past trying to live a normal life, the family reunion aspect, the good character with a supervillain father. But I did like the ties to Chinese mythology and the magical land of Ta Lo, home of dragons, qilin, guardian lions (often called foo dogs in English because Westerners couldn’t figure out what kind of animal they were supposed to be), and nine-tailed foxes, which I personally associate more with Japanese mythology, although there’s obviously some overlap.

The creature Slattery names Morris is a hundun, a being with four wings and no face that symbolizes primordial chaos. 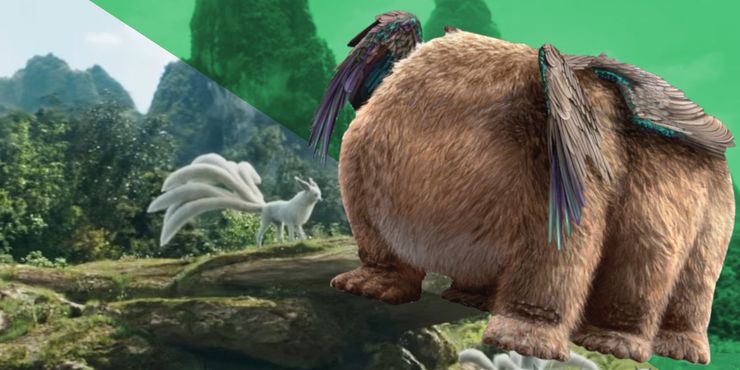 I also found it kind of amusing that one of Shang and Katy’s friends makes a fairly casual mention towards the beginning of the film that half the population had disappeared, which I guess future movies in the series are stuck with. This is actually the first movie I saw set after Endgame, except for the very end of Black Widow. It makes me think of something that’s common in comic books and the like, where the whole world learns that powerful supernatural forces are totally real, but life mostly just goes on as usual. I think there’s probably a certain amount of authenticity to that; humans can normalize just about anything. And I’ve seen it mentioned before that Thanos’ snap sort of parallels the pandemic that occurred in the real world around the same time. But then, it’s not like people who had to quarantine during the pandemic didn’t age during it, and that might be even more difficult to deal with than the aliens and magic. Someone is in the same class as you at school, then suddenly they’re five grades behind?