My wife has been playing Kid Icarus: Uprising, and there’s a character in it called Dark Pit. A little bit of research reveals that there’s also a Dark Samus and a Dark Link, or rather several Dark Links and Shadow Links. Heroes having to fight duplicates of themselves is an old concept that not surprisingly has made its way into many video games. There are different explanations for the duplicates: evil twins, clones, doppelgangers, living shadows or mirror images, versions from parallel universes. Whether the universe is fantasy or science fiction often affects which explanation they’ll use. The Adventure of Link basically starts the Dark Link concept, with the final boss being Link’s shadow, who has all of the regular Link’s abilities. Link needs to defeat him to get the Triforce of Courage.

Here, an old man appears to draw the shadow out of Link himself.

In the Nintendo Comics System story “Coming Home,” Link’s Shadow takes over Link’s homeland of Calatia and usually disguises himself as Link, although he also takes Zelda’s form at one point. He’s also explicitly said to work for Ganon, which I don’t know that the one in the game did. 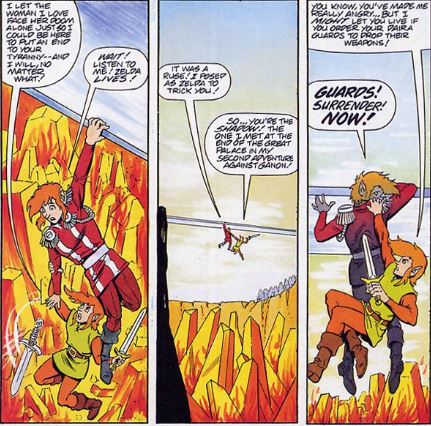 Dark Link then appears as a mini-boss in the Water Temple in Ocarina of Time, and also in Spirit Tracks. Other games have a few different Dark Links. In Four Swords Adventures, the character is called Shadow Link, and he’s apparently more plot-relevant than the others, as he convinces Link to pull the Four Sword from its pedestal and release Vaati. 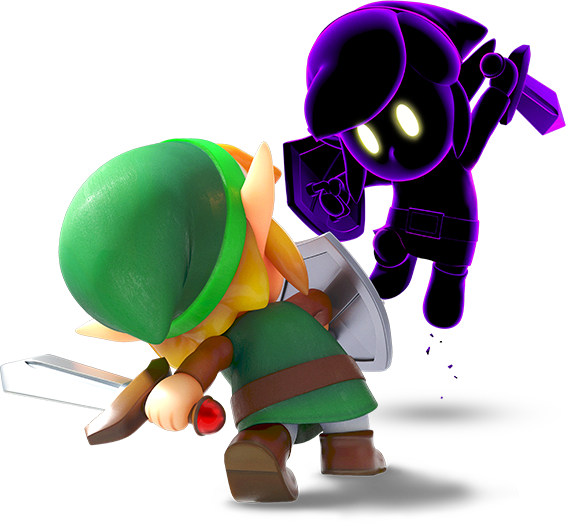 Dark Link, and in fact multiple Dark Links, are produced by Ganon from the Dark Mirror, which brings the evil within a person to life. This version has a high-pitched, childish voice and a tendency to giggle. I recently read the Four Swords manga that’s loosely based on this game, and Dark Link is a major character who ends up sacrificing himself to defeat Vaati. 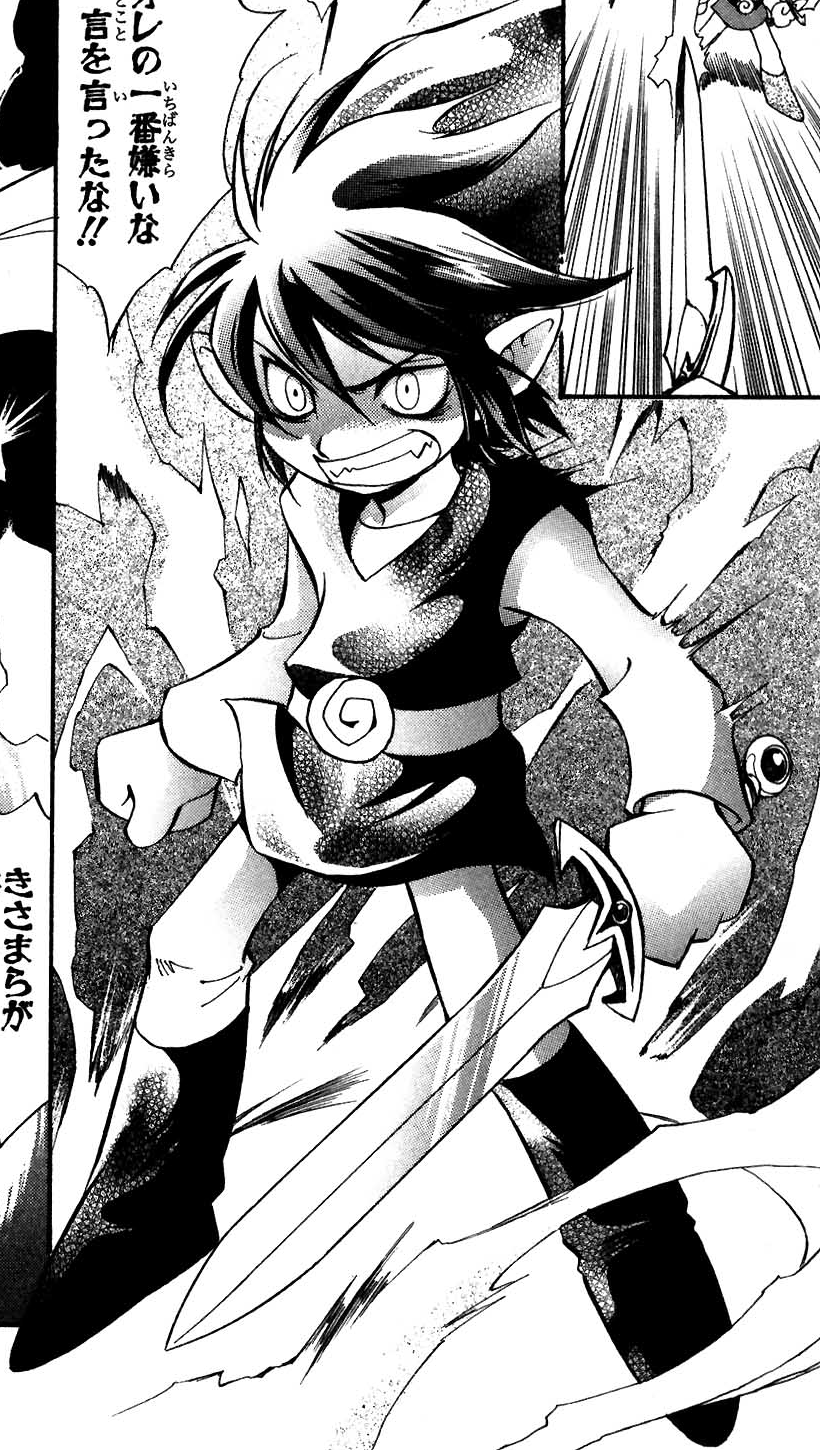 The different iterations of the character all represent Link fighting the darkness within himself, but he rarely has any origin story. And really, what ARE the dark traits Link keeps hidden? I don’t know all of the games, but I know he’s generally a silent protagonist whose main character trait is courage, which is why he tends to hold that Triforce. He’s been more fleshed out in other media, but not always consistently, even taking into account that there are different Links involved. I can’t help but think that Link from the DiC cartoons, who’s arrogant and whiny and openly lusts after Zelda, could BE the personality the Links in the game keep hidden. Or maybe it’s just the part of him that likes smashing pots and stabbing chickens. Of course, those are things the player chooses to make Link do, but you’re rewarded for the former and severely penalized for the latter. 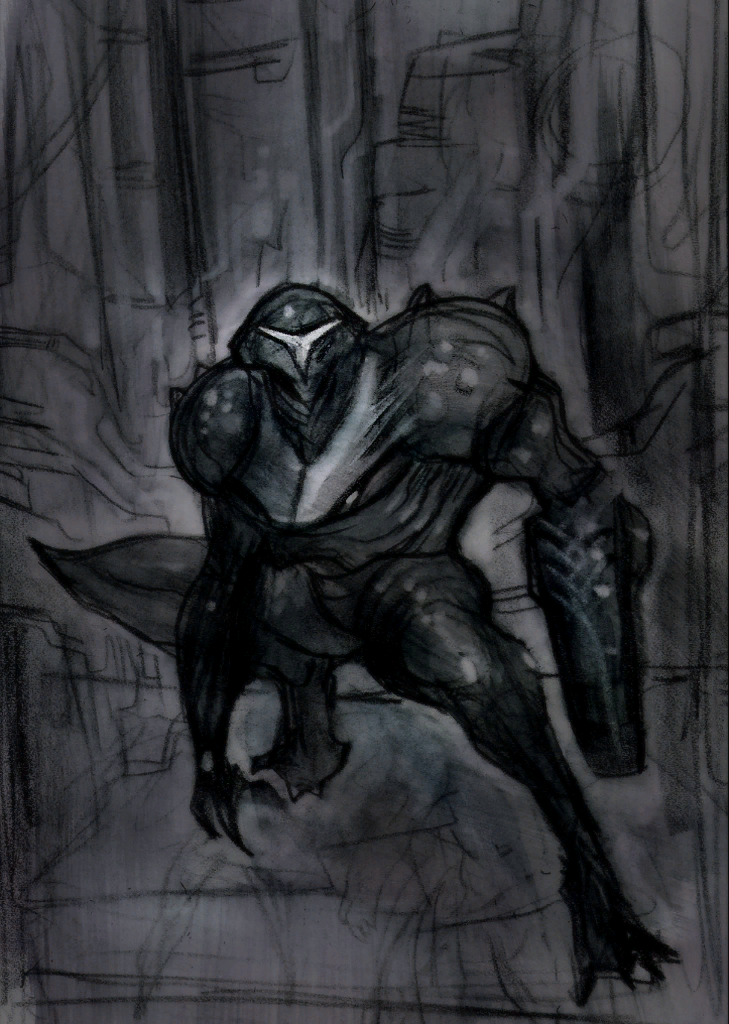 Dark Samus shows up in the Metroid Prime games, and I can’t say I’m at all familiar with those. The explanation given online is that the creature CALLED Metroid Prime, a Metroid mutated by contact with the poisonous organic substance known as Phazon, grabs Samus Aran in her dying moments and takes her Phazon Suit. 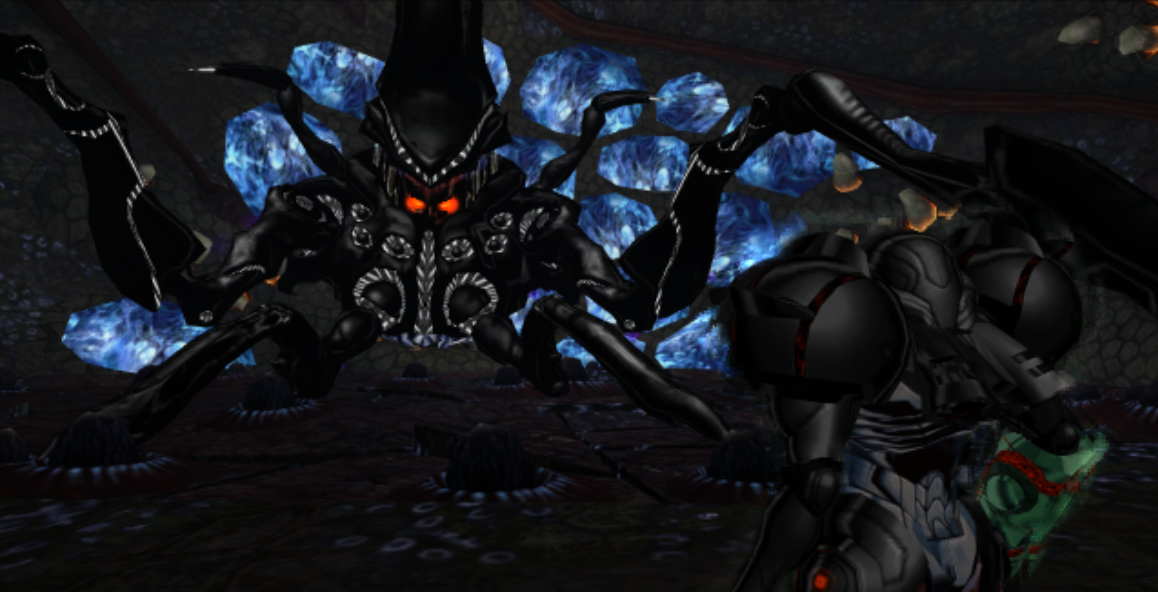 It then combines elements of Samus with itself to become Dark Samus. It’s a rather complicated origin story, a contrast to Dark Link having no known origin at all. She’s powered by Phazon, and can also use it as a weapon. At various times, she both sabotaged and led the space pirates. She’s presumably permanently destroyed by Samus on the planet Phaaze during Metroid Prime 3, but we all know it’s hard to keep a villain (or a hero) down for good.

Dark Pit comes into being when Pit fights Pandora, who is using the Mirror of Truth to duplicate monsters. Pit breaks the mirror, but it generates an incomplete copy of him whose prominent personality traits are the ones the regular Pit keeps hidden, so he’s arrogant and aggressive. Since he’s incomplete, the full power of the Mirror doesn’t work on him, so he doesn’t work for the Underworld. Instead, he refuses to serve anyone. While he starts out fighting both Pit and Medusa’s forces, he later fights alongside the other angel. Palutena nicknames him Pittoo, although he doesn’t care for it. 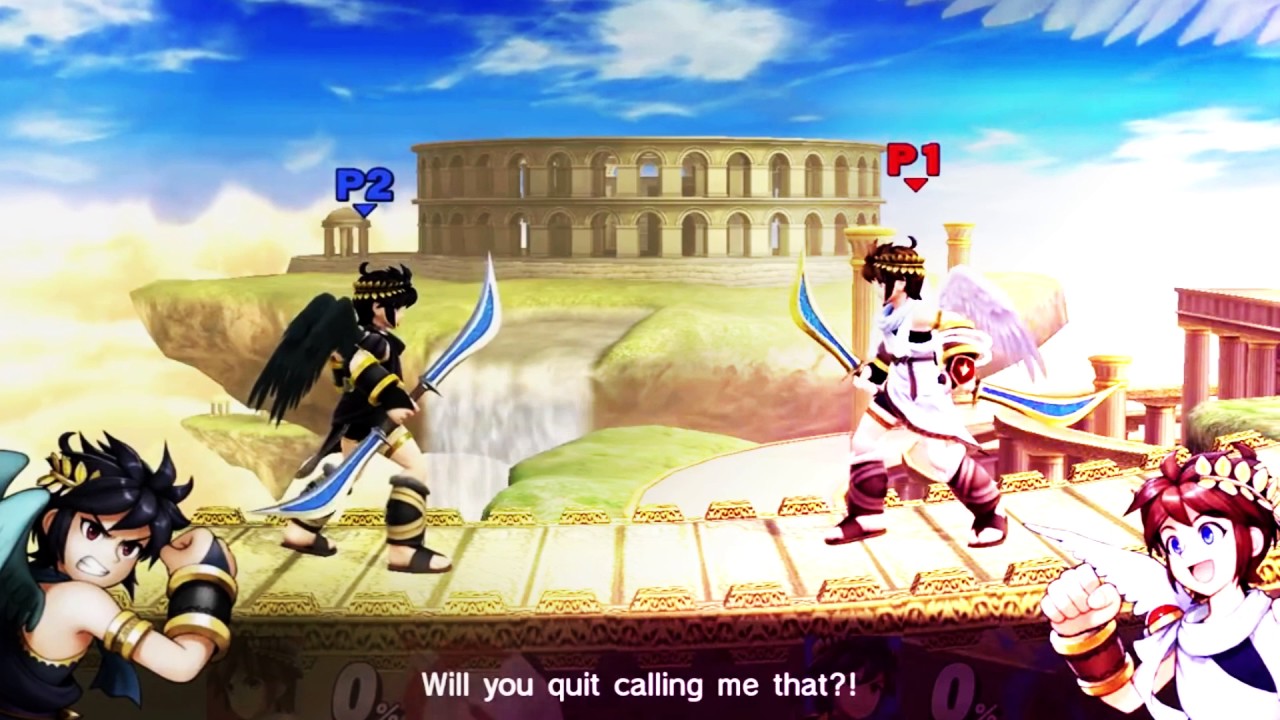 I understand there’s also a duplicate of Pit in Of Myths and Monsters (he’s called Putt), and technically in Captain N as well, although the show doesn’t call him by his name. But the episode “In Search of the King” has Captain N, Princess Lana, and Simon Belmont visit the Mirror World where Mother Brain had imprisoned King Charles, and their evil mirror duplicates escape into Videoland. The Mirror Kid Icarus isn’t in it that much, but he does make an appearance toward the end. 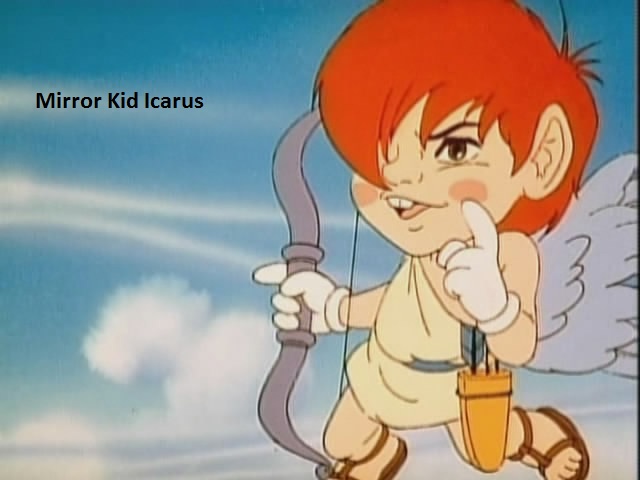 What about in other Nintendo franchises? There’s a Shadow Kirby in Kirby and the Amazing Mirror, an duplicate of Kirby from the Mirror World (which is presumably different from the Captain N Mirror World, although maybe Pop Star would have been part of Videoland if the show had been made later). 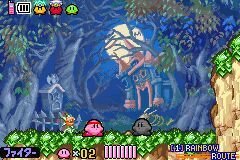 He fights Kirby a few times, but it eventually turns out that he’s just trying to protect his world, and isn’t evil. There’s also a Dark Meta Knight, who is a bad guy. King Dedede isn’t in that game, but a Shadow Dedede does appear from the Dimension Mirror in Kirby: Triple Deluxe. 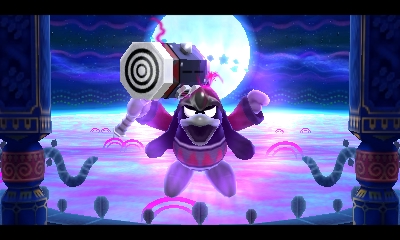 Wario seems to have created as sort of an evil doppelganger of Mario. His name is even the Japanese for “evil” combined with Mario’s name, and he basically looks like a fun house mirror image of the plumber. But it was established early on that Wario isn’t a twin or doppelganger of Mario, but a different guy who just happens to look a lot like him. They’ve known each other since childhood, and Wario has always been jealous of the hero.

He’s since developed into even more of a separate character, and while he remains greedy and crude, he’s not always a villain and not always against Mario. And the prevailing theory seems to be that Waluigi isn’t even Wario’s brother, let alone related to Mario or Luigi. 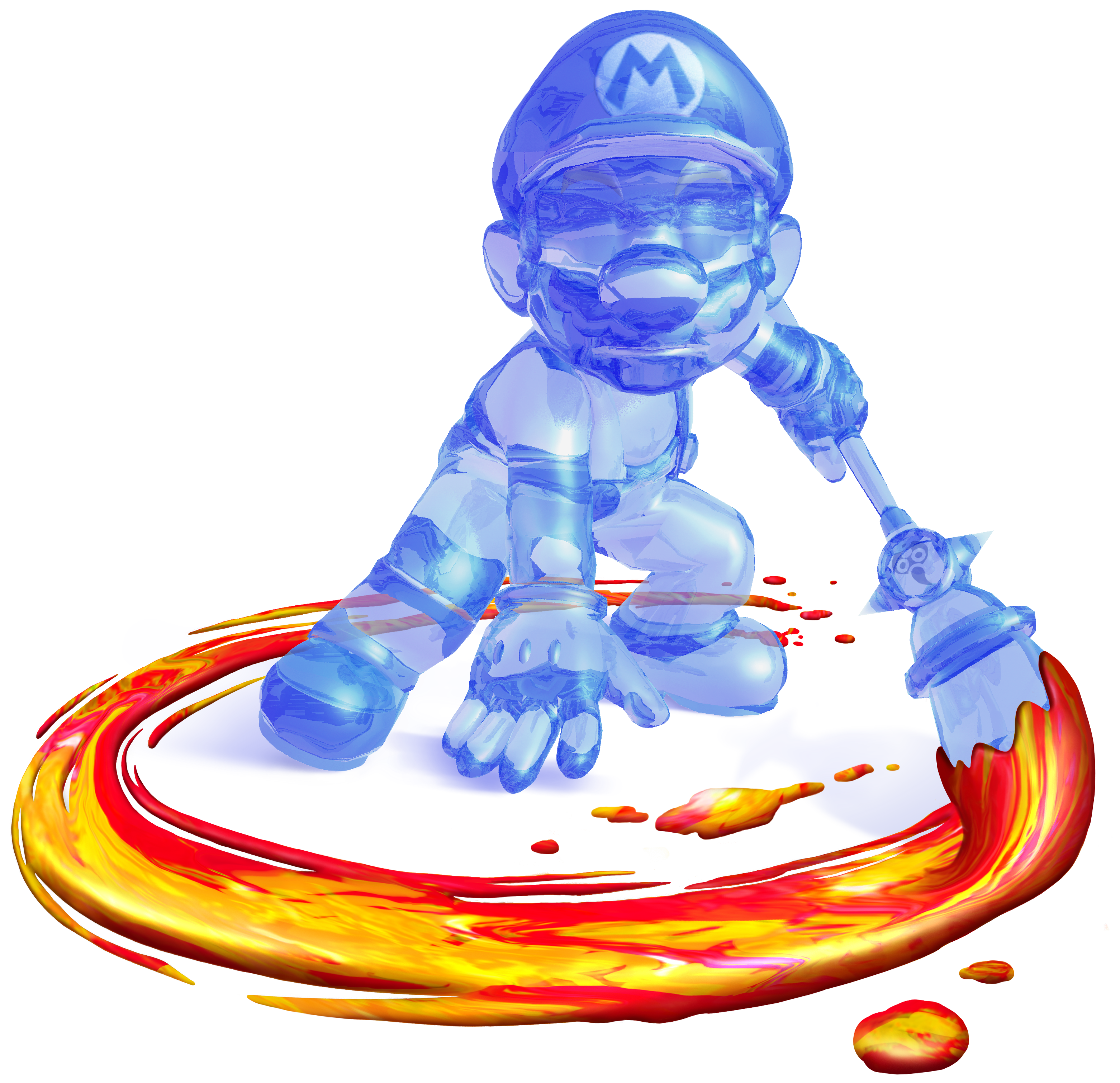 There is a Shadow Mario in Super Mario Sunshine, but it’s really just Bowser Jr. in disguise trying to frame the hero.

Mario’s rival back in the 1990s (in terms of sales, that is; they’d probably have gotten along all right personally), Sonic the Hedgehog, also has a dark counterpart who wasn’t created in-universe to be one. 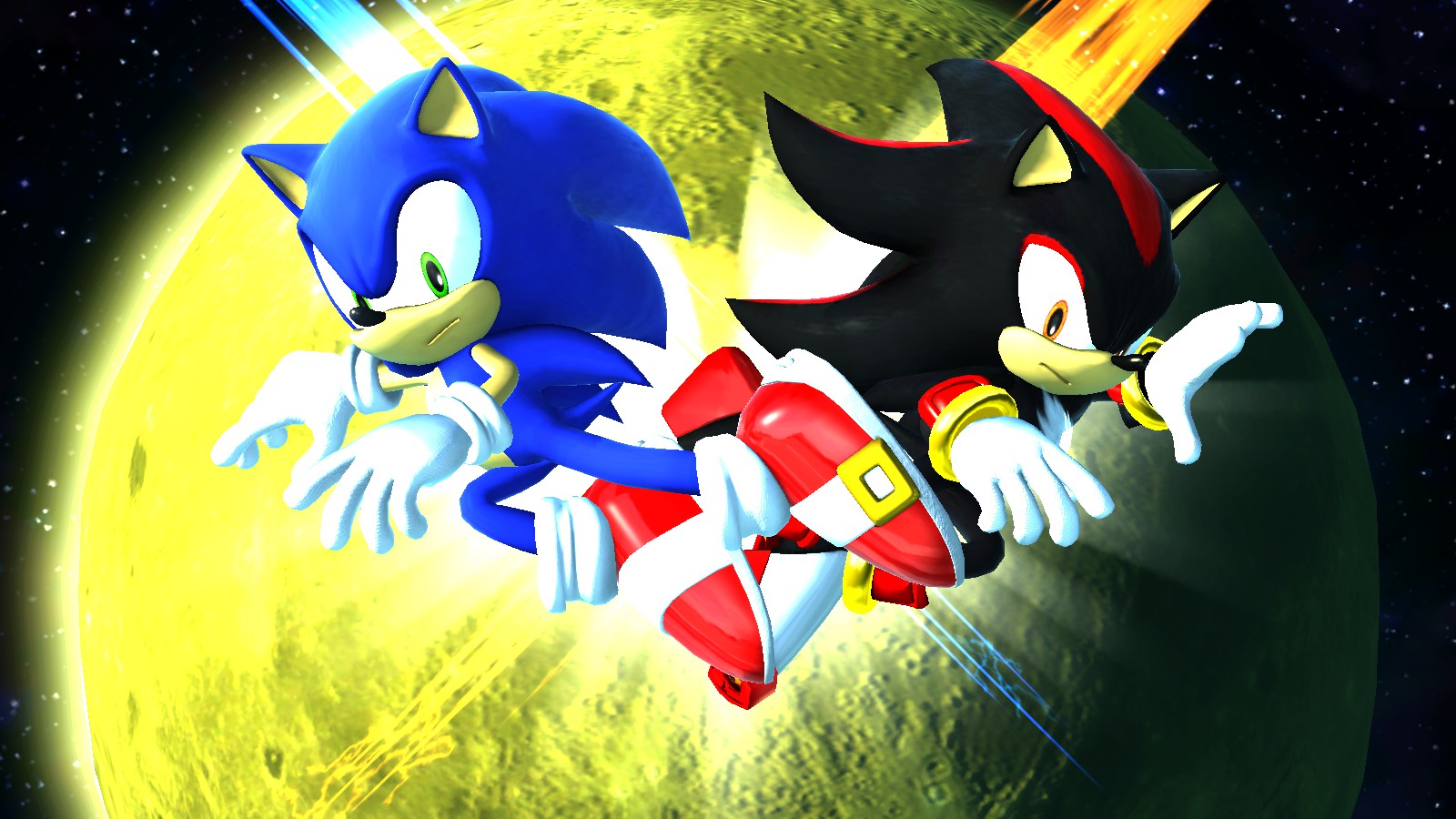 From what I’ve seen, he actually existed before Sonic, although he was in stasis for much of his life. He was a creation of Dr. Robotnik‘s grandfather Gerald as part of Project Shadow, a government initiative to achieve immortality. While the government wanted a weapon, Gerald participated to try to find a cure for his granddaughter Maria’s illness. The prototype he created was the Biolizard, which was too unpredictable and initially too weak to walk. His second attempt was a hedgehog named Shadow, who was created using DNA from the evil alien Black Doom. 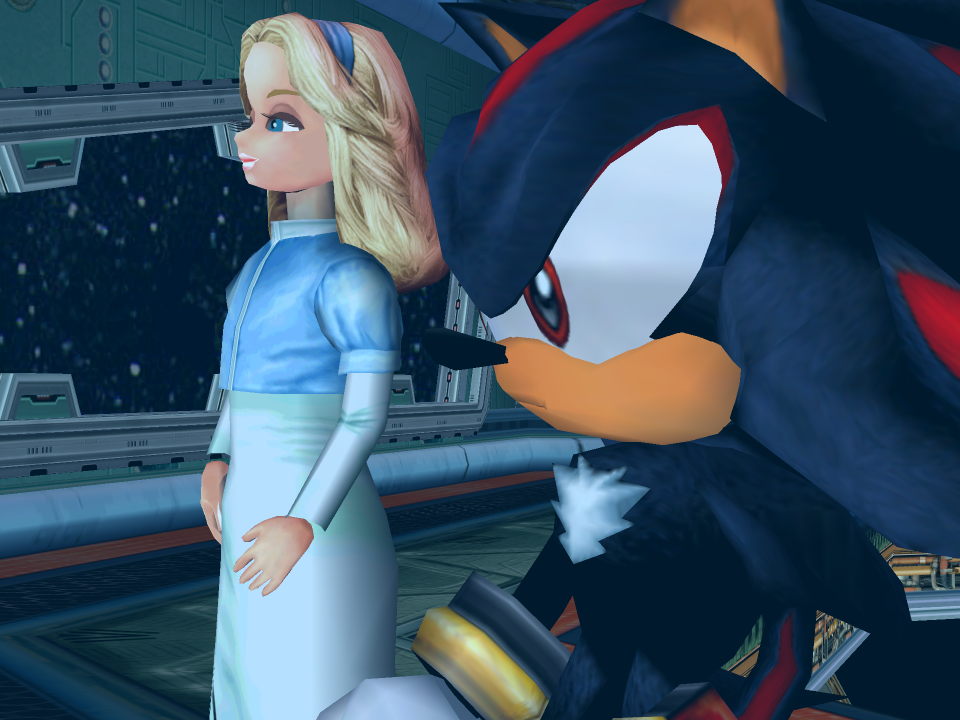 The military eventually deemed Project Shadow too dangerous and tried to eliminate everyone associated with it, which indirectly resulted in Maria’s death. The military placed Shadow in suspended animation, and Gerald’s grandson Ivo finally released him fifty years later. He helps Eggman in his plot to conquer the world, but later turns against him. After that, he’s generally an antihero, a rival to Sonic who sometimes finds himself on the same side. Like Sonic, he was designed to be cool and self-assured, but also edgier, a loner with a chip on his shoulder who fights for the safety of the world but is willing to use extreme measures to fulfill his goals. And yes, a guy whose nemesis is a hedgehog discovering that his grandfather had created a hedgehog who looks pretty much identical other than his colors is a weird coincidence; but I guess it’s more creative than having him come out of a mirror.