I’ve been reading through the Oziana issues that I already reviewed pretty quickly, and I can’t think of much to add beyond what I’ve already said. I will mention that editor John L. Bell thought of the 2005 one as the countryside issue. I remember there being talk of the 2007 issue being the last one. Fortunately, this wasn’t the case, but there were some oddities with the schedule. I think that’s why that one and the next just have numbers instead of years, and the combined 2009/2010 issue was published before the previous one. That one also has John back as editor, when it was Marcus Mebes for the two issues before it, and I believe every issue since then. Having been published by both editors, I noticed that John edited it quite a bit (with my approval), while Marcus left it largely as it was. But then, John was an editor by profession. There was also a bit of a nice connection between John’s “The Axman’s Arm” and “Invisible Fence,” in that they both mention the illegal trade of magically enhanced tools. The former story also mentions that the Wicked Witch of the East’s old house is on Mudcake Hill. I’d like to put all these places on a map someday, but I can’t draw. Here’s a rough idea of where I see the places mentioned in “The Red Desert of Oz.”

There are also some connections between the stories from 2008, as both David Tai’s “Executive Decisions” and Jeffrey Rester’s “Thy Fearful Symmetry” have the memory-wiped Mombi appear, while the events of Jared Davis’ “Never Always Look a Gift Horse Goat in the Mouth” are recapped in Marcus’ “The Bashful Baker’s Honeymoon,” itself a follow-up to an earlier Oziana tale. Both of these were later incorporated into Voyage of the Crescent Moon, the first in the Royal Explorers of Oz series. And Alejandro Garcia’s drawing of Jinnicky on the cover of the 2008 issue makes him look weirdly handsome. 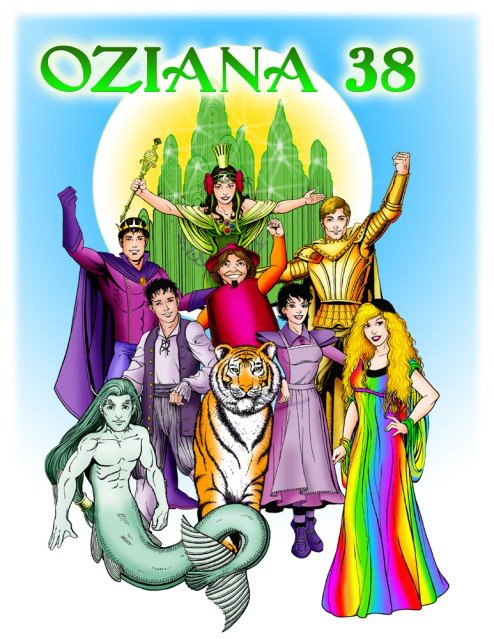 Anna-Maria Cool has her own take on the Jinn within that issue.

Dennis Anfuso’s illustrations for Arianna Brown’s “Fiddle’s Revenge” are pretty amusing, and one shows a bookshelf containing some amusing titles, including Thin Book of Oz and Silly Title of Oz.

I also finished reading The Art of Oz, by Gabriel Gale and John Fricke. 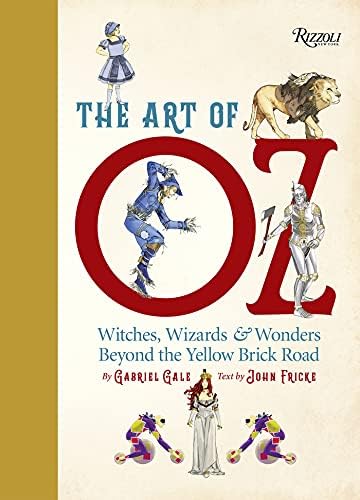 It has some interesting takes on familiar characters. Gale often inclines toward realism, and tries to stick more closely to L. Frank Baum’s text than John R. Neill often did. Since Baum was known to have complained that Neill’s pictures weren’t funny enough, I don’t know what he’d make of these much less comical interpretations. His Wogglebug is more traditionally insectoid, King Anko‘s gray whiskers resemble tentacles, and his Li-mon-eag looks more like a griffin than Neill’s disproportionate mixture.

And Gale has come up with different variations on Hammer-Heads, and what a Wheeler‘s skeleton might look like. The Gump’s palm leaf wings are much bigger and more layered than in the original pictures, to give somewhat more credence to their being able to support the contraption. Gale’s Rak kind of looks like a seahorse, and the only other illustration of this creature I can recall seeing is by Larry Breton from in The Ork in Oz, which only shows the head, and makes it avian. 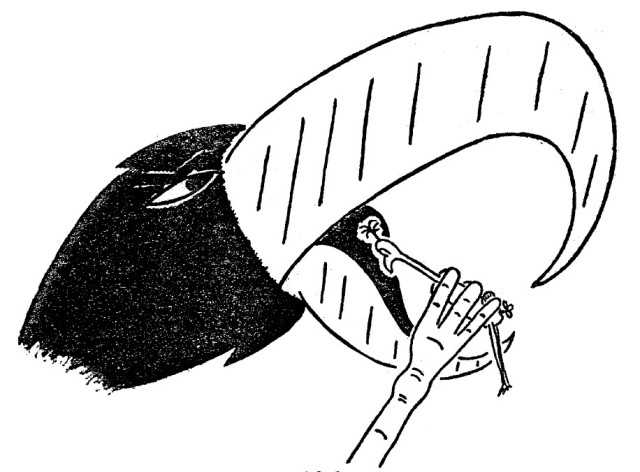 Michael Patrick Hearn comments that the Frogman resembles Beatrix Potter’s Jeremy Fisher, and I notice he isn’t wearing his glasses, which would be pretty difficult to put on a more realistic frog’s head. I also quite like the hairstyles Gale gave Ozma and Glinda.

I’m not quite as keen on some of Gale’s other takes. While I can kind of see what he was going for, his Kalidahs, who have stripes all over their bodies, seem more like lumpy tigers than part bear. His take on Scraps gives more idea of how disturbing a girl made from a patchwork quilt might actually look, but the text in the books indicates that her patches are mostly solid colors.

And the Horners‘ horns look rather too big.  Gale’s map of the countries surrounding Oz definitely takes some liberties (how would Guph’s journey in Emerald City have worked with the Ripple Land being that far away from the Whimsie Country and Phantastico?), but the idea of a land called Demm that has the same basic shape as Oz and Yew is pretty clever.

1 Response to Someone in Oz